The Courtship – A Short Story by Rory McClenaghan

Enjoy this fun and exciting read! 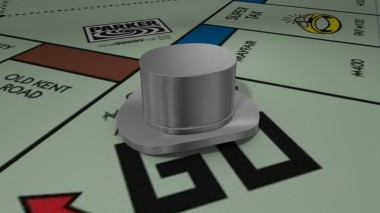 All day they came to see him. Different ages, shapes and sizes. If the world had corners, there would have been representatives from most of them.

Alexandra, from Alexandria, danced for him. From a distance at first, but getting closer as she grew in confidence, her glee infectious, her smile winning. But Ernesto was unmoved.

Sophia, from Sofia, was intrigued. She circled him, like a predator, looking for weak spots. She undressed him with her eyes, but Ernesto kept his clothes on.

Victoria, from Victoria, was bemused then enraged. How dare he ignore her charms? She questioned his manhood in colourful language, but Ernesto did not blush.

It was growing dark and the crowd had thinned when Alberta, from Hounslow, approached uncomfortably. On seeing her the spell was broken; Ernesto grinned, jumped down from the platform he’d been standing on, picked up his top hat and they strode slowly, stiltedly, into the sunset.

As they walked, Ernesto looked ruefully into his hat, then into Alberta’s eyes and said: “It’s a shit patch Covent Garden, this is barely enough to keep me in silver paint.”