Marcus Versus Sex – A Short Story by Matt Comras 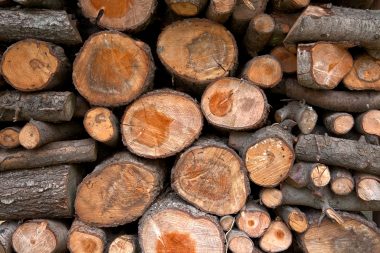 Marcus could see that he’d been tricked. Tricked, trapped and trampled. They knew he’d been capable of an erection the whole time. The proof that he’d been so eager to provide had actually been evidence of his bendership. Hoisted by his own rock solid cock. Now here he was in the playground, with an unwanted stiffy and the eyes of the world glued to his awkward crotch.

“I don’t really get what you’re trying to do.”

“Sex! I’m doing sex and we’re loving it. All the positions. Everything. It’s good, right? It’s great. Is it the incense? Too much? Not enough? I can get more, my mum has loads.”

“Too rough? Too smooth? Far too smooth. Somewhere in between maybe?”

“Is this your first time?”

“Bit of advice, it’s better to do one thing well.”

“It was like being in the eye of a dick storm.”

Marcus had been tricked again. French grot mags, FHM, American Pie, the internet. It dawned on him he’d been systematically lied to for years. Agonising penis extension exercises, months of gruelling duration training, maverick pelvic floor experiments, all wasted. ‘One thing well’ she’d said. He should have asked what that one thing was instead of grabbing his clothes and running into the garden.

Marcus arrived drunk. Thanks to crippling sexual anxiety, he’d made excellent friends with the concept of Dutch courage. Yes, anxiety, his wearisome and unreasonable boss, had really done a number on him. Date night meant date fortnight for Marcus. A two-week nervous crescendo. Innumerable raging butterflies in the stomach, brain and every other part of Marcus’ physical and meta-physical self. Still, it was fine once he was hammered.

“Yeah, yeah, I just had a few… a few drinks before I arrived. Just to settle the oooold nerves. The old nervy perves.”

“I think maybe let’s leave the ‘doing it on’ until next time.”

Marcus was sick. He sicked up his nerves, about £26.50 worth of booze and the best part of a fajita. He actually felt much better but experience told him the moment had passed. Plus as soon as he had felt the familiar nauseous rumblings he’d dutifully fled into the pub garden. Hiding in the U-bend of a giant plastic tube under the slide in the kids play area, Marcus wondered if it was all worth it.

Marcus shut his eyes and thought about sex. Then he opened his eyes and thought about sex. He couldn’t stop thinking about sex at that moment because he was having sex. Glorious sex. Kitchen floor sex.  His was consumed by sex. Sex was everywhere. His whole body was his ravenous dick. He was rewriting the Karma Sutra: the cosmic frog; the shepherd’s lunchbox; the ten cowgirls.

“Come on us Marcus. Come all over us.”

Marcus let out a little groan and then a big groan and then woke up. His girlfriend had hit him in the face with a pillow. She wasn’t impressed that Marcus had been screaming other women’s names and telling them that he was going to come. Nor was she impressed with the come blotted into Marcus’ pyjama trousers.

“What was that for?” said Marcus, affronted.

“What were you dreaming about?”

“Dreaming? I… I was dreaming about work.”

“And that’s why you kept screaming that you were coming.”

“I must have been late for a meeting.”

Marcus’ girlfriend laughed and tickled him in revenge. Then she put her hand down his pyjama trousers and started getting him hard again. Marcus laughed too, then he shut his eyes and thought about sex.