The Driving Lesson – A Short Story by Rory McClenaghan

About one man and his car, and another man 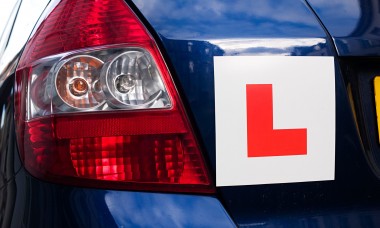 “I know, Mum!” Sean had seen the 1995 Nissan Micra pull up precisely outside the house. The car was greenish blue, the kind of colour you see on hospital floors or the walls of dental surgery waiting rooms. Sean had no idea why Norman had picked it, maybe the institutional tones were supposed to be reassuring.

Who would want to do this for a living? Sean thought as he opened the door and got settled behind the wheel. He knew that, like most 17-year-old boys, he was an awkward, uncommunicative, almost-adult. Why would anyone want to be subjected to an hour of his company in a small metal box? The fact Norman was willing to entrust his own safety to kids like Sean was just strange.

Hand brake down, biting point more or less found, Sean performed an exaggerated mirror check, clicked the indicator into position and pulled away from the kerb almost smoothly.

The breath was the other thing that got him. He must know. And if you did know, why would you pick this of all jobs? There is no place for halitosis to hide in a 1995 Nissan Micra. On his first lesson Sean had given Norman the benefit of the doubt, assuming the furry victim of a previous learner was the cause of the smell, parts of its decaying body squashed up against the heater, or the vents, or wherever the air that flowed into the car came from. But when the whiff of death refused to budge, he could defend Norman no more.

“And take the second exit at the roundabout. They’re digging up the A10 again, so we’ll go the back way.” Norman was relaxed, which Sean took as a sign of his progress. His teacher’s foot no longer hovered over the extra brake pedal on the passenger side of the car. He’d had cause to use it a few times in the early days – the Harlow turn off of the A1170, junction 26 of the M25, the end of his parents’ driveway – but now Sean was dangerously close to proficiency.

“Okay and let’s pull up here.” They were in a quiet suburban street. Semi-detached houses lined both sides, but no one appeared to be in them. This was a good sign, as it was time for the manoeuvres bit. Sean had always thought the ‘three-point turn’ was an ambitious name for a feat of automotive dexterity which took him minutes to accomplish. The ‘five-to-seven’ point turn would have been more accurate. His struggles were amplified when there were other cars around, or worse, pedestrians. Worst of all was when the onlookers were his own age, like the boy he noticed waiting on the pavement as he crunched the car into reverse and began the fourth point of his turn.

His brain said, “keep it cool, Sean,” but his face screamed panic. He was struggling to reach the peak of the camber and the car began to roll forward, towards the teenager on the pavement. He caught the boy’s eye and the impulse to flee was too great to control. He slammed his foot on the accelerator and the car scuttled backwards over the slight incline, down the other side and stopped with a jolt against the curb, forcing Sean and Norman to violently nod their heads in unison against the headrest. The sight of this was too much for the boy, who walked away not even trying to hide his laughter.

“Take your time and start again when you’re ready.” Norman’s voice was soothing and made Sean feel bad about the things he’d thought about his instructor. Sean composed himself and put the car into first. The Micra inched forward as he wrestled with the powerless steering and managed to complete a not-too-bad five-point turn. If you don’t count the fourth point. His confidence almost restored, he made it three miles to the next set of traffic lights without incident.

“I wouldn’t worry about that kid,” said Norman. “I’d like to see him try a three-point turn. Don’t get me wrong, that lot have got a natural sense of rhythm, but they can’t drive for toffee.”

The rest of the lesson passed in silence. There were 32 minutes left on the clock.