The Tall Drink of Water – A Short Story by Josh Burt

You won’t be wanting one of these… 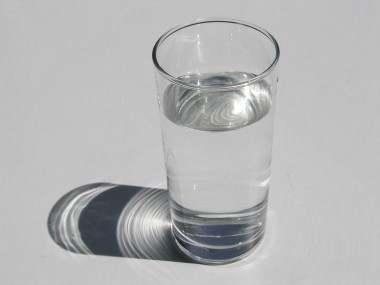 “Come in Joe,” said the man, peering from the door, and up got Joe. He wiped down his smart jacket as if it might have picked up dust, he composed himself for a second and in through the door he went.

This was his third time in this position, only now the odds were slashed considerably. The first interview had been with two people, they played good cop and bored cop, one of them asked questions while the other one looked out of the window. The second one had been far more demanding, Joe had been required to wow them with some wonderful ideas of where he might be able to take the company if they chose to employ him. Bored cop wasn’t in that one. Now this was interview number three. The final one, the end of the road, the top of the mountain, the Big Boss. Joe was one step away from glory.

“No I’m fine… actually yeah, why not? A water would be great.”

The man poured Joe a glass of cold water, Joe accepted it and downed it in one. The man looked kind of baffled but also sort of impressed, he topped up Joe’s glass. Again, Joe took the glass and raised it to his lips, he gulped and gulped until there was nothing left. He placed the glass on the table and looked calmly at the man, ready to take any questions. The man squinted at Joe, wondering what might happen if he added more water to the glass. There wasn’t much left in the jug, but what he did have he poured tentatively without breaking eye contact.

“Thanks,” said Joe. He picked up the glass and drank what was there, then put it down. The man half-chuckled in disbelief but while his interest was piqued and he was definitely flummoxed by this extremely irregular start to the interview, this Joe guy seemed unbothered, as if it was totally normal to down three large glasses of water in less than a minute. The man attempted to cobble together a few cursory sentences by means of introduction. He started to mumble some line about how the standards had been very high, and how lots of people had applied for the…

“… I’m sorry, will you excuse me for a second…?” he said suddenly, getting up and walking out of the room.

Joe looked out of the window at the distinctly average views of London available to the company. It was probably much more impressive a few years ago, but there were city-wide renovations going on so he could just see a shitload of cranes. Joe was humming nervously to himself when the man stumbled in holding two jugs of water full to the brim. He poured Joe a glass without asking.

“Great, thanks,” said Joe, taking the water and chugging it down. He placed the empty glass on the table, the man refilled it, he drank again. The man filled the glass with one hand while pressing a button on his phone with the other.

“Mabel, come into my office, you’ve got to see this.”

Soon, the man was joined by Mabel, Steve from Accounts, Evan (bored cop, now not bored), a few stragglers and other members of the management team. The big lad from the post room did as instructed and arrived with one of the huge plastic bottles from the watercooler. With every glass of water that Joe finished, the man would refill it, and Joe would politely thank him and down another glass. Word was getting around and it wasn’t long before the whole of the department and even a few people from the company next door had squeezed into the man’s office to marvel at the interviewee with the glasses of water.

“Evan, you take over with the water. Steve, Dave, you guys come with me…” said the man, as he led Steve and Dave to the conference room down the hall. As they left his office Dave hung back very slightly to see if Joe would finish the glass of water Evan had handed to him. Sure enough, Joe downed the glass like it was 11.15am (the original time of his interview) all over again.

“I can’t give that guy the job,” said the man, with one hand dramatically on his hip and the other pointing in the vague direction of his office. “He’s a FREAKSHOW!”

“He did a great presentation though,” countered Dave. “His second interview was by far the best of the lot, he’s got a great vision…”

“But there wasn’t any water then Dave! He didn’t ask for water!”

The sounds of chanting and cheering echoed from the man’s office. The man paced around the boardroom, his brow furrowed, occasionally wiping his forehead with his hand.

“I actually think I prefer him now… like, with the water…”

“Oh for Christ’s sake Steve! What if he did that in a client meeting? What then?”

Joe started the following Monday. His experience spoke for itself, he was a great fit for the job and, when he actually thought about it, the man realised that we all do weird stuff sometimes. That’s just life.

Band Aid 1984, where are they now? As in literally NOW. Where are they?
Holy Smokes guys! It’s Podcast Number 33