Thanks for being great food guys! 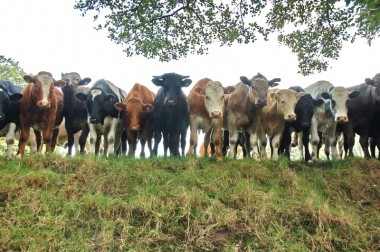 Not so long ago I spoke at relative length about the best ways to consume a typical household pig like the ones you’d get in your garden, or the ones that sniff around bins at nighttime looking for pussy. It went down a treat, so I thought I’d basically do the same thing, but with cows…

Make it into Roast Beef 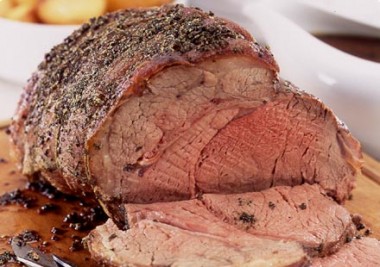 The most traditional and simple way to eat a cow is to lop off a nice big chunk of it, tie it with string to make it look like a buxom woman’s thigh in some tight stockings, and then cook in a hot oven until it’s pink in the middle and brown at the edge. Serve on a plate to your spouse in return for a grateful lingering kiss on the mouth and a cupped boob.

Enjoy it as Steak and Chips 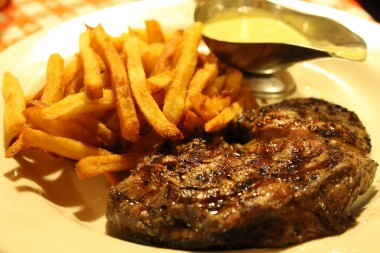 If you’re laughing at some cows from the side of a field, stop for a second and really focus on the mid-section of their sides – that’s where the really good meat is. The seasoned diner knows that ribeye is by far the best steak, and it should arrive on your fork just about half-cooked.

Grind it up and make Cheeseburgers 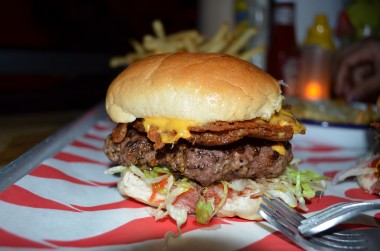 Slow cook part of its face to make Ox Cheeks 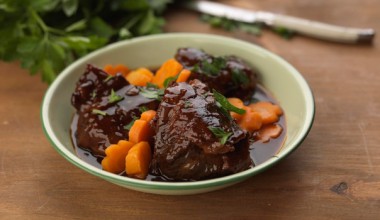 It wasn’t always fashionable to eat a cow’s face, presumably because in some countries cows are treated like gods, their bovine features considered too beautiful to consume. Not any more. Now we slow cook their heads and eat them with carrots.

Use some mince to do a nice Spag Bol 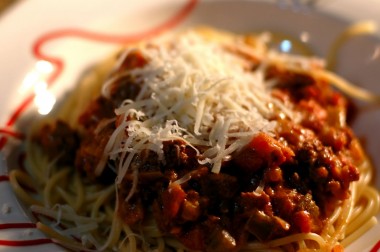 Every student worth his salt knows how to make a majestic Spaghetti Bolognese. Simply do some pasta, fry an entire onion, smash some garlic bulbs with a hammer, throw in some mince and a pint of Dolmio, then grate a mountain of cheese on top and await some sensational thank-you sex from a woman or a man or from your own hand because you were dining solo and now you’re having a celebratory wank. Have I spelt this out enough?

Add Guinness, add chunks and make it into a pie 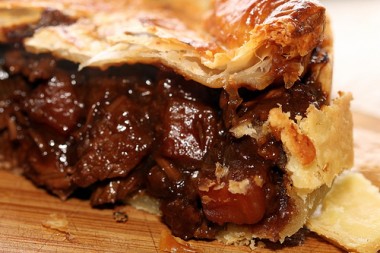 Back in the olden days, pies were invented so that workers could put them in their pockets and then bite into them at lunchtime instead of wasting time going to restaurants. Now you’ll find them IN RESTAURANTS which is amazingly ironic! It’s like the circle of life has been completed. 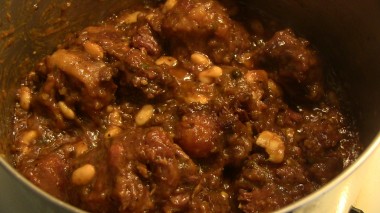 The French invented the tradition of eating every single part of an animal except its penis, vagina and eyeballs, then the great warriors of the Orient upgraded the notion to incorporate their private parts. Then our friends in the West Indies took the cow’s always-ignored tail and created a stew of absolute wonderment! Now the only thing we don’t eat are their teeth and gums.

Wrap it in pastry and do a Wellington 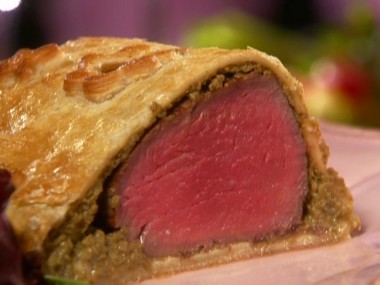 Named after the first Duke of Wellington, this is a posh-only overwrought cooking method that involves wrapping the most expensive area of a cow in a delicious sleeping bag made of crispy pastry. He’s the older, more arrogant and sophisticated brother of the Ginsters slice. He shouts a lot and totally expects you to fancy him. Which you do.

Slice it thinly and put it in a salad, Thailand style 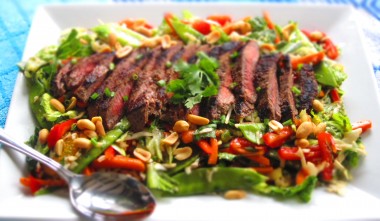 The words Beef Salad may sound like a haunting euphemism for something ungodly that might get done to you in prison, but actually it’s just an accurate description of this Thai dish. It consists of beef, and salad. A zingy dish from the “is what it says” Yorkshiremen of South East Asia.

Take its liver and fry it up real pretty 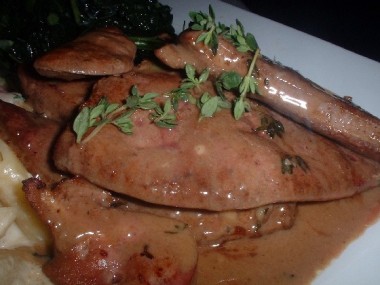 The last place on the list was hotly contested, with various French boeuf dishes almost creeping in, not to mention the ole stroganoff or a simple steak sandwich. But in the end thinly sliced calves’ liver made it, so you know. That’s that.