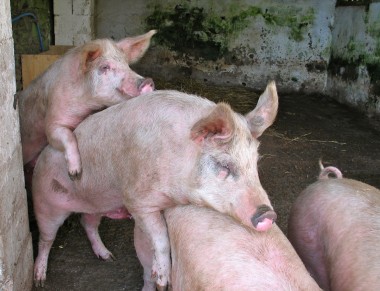 Some people don’t eat this stuff for various religious reasons and others just don’t like it, but to absolutely everyone else pork is both the greatest roast and your most versatile friend in the kitchen. A fact that leads seamlessly to this list of ways to enjoy dining on your regular household pig that aren’t simply roasting the gorgeous little fucker… 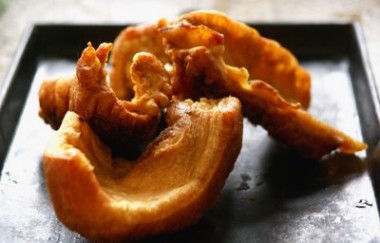 Next time you’re slaughtering and butchering a pig in your bath don’t prod the leftover fat down the plughole with a stick like you usually would, collect it in an old bucket, cook it in a hot oven until it morphs into a hairy crisp, then pop it into a branded bag and sell it to punters in pubs at a massive profit. These taste amazing, and most people will even excuse the odd pube on them. 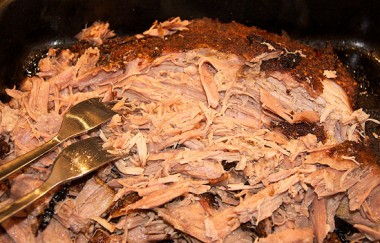 This has taken a while to travel across the Atlantic on a steam boat but now you can barely move for places demanding that you try some of their tasty slow-cooked pork shoulders which have been expertly shredded with a pair of forks by a guy in the back and then slathered in sauce possibly by the same guy or it could have been another guy. This treat tends to be served from a crowded kitchen in any number of dimly-lit dirty food joints currently thriving under the arch watchmanship of clever hipsters. I like to eat mine from a bap, but some people like it on its own in a tin bowl with a glass of fresh beer from a vintage gherkin jar. 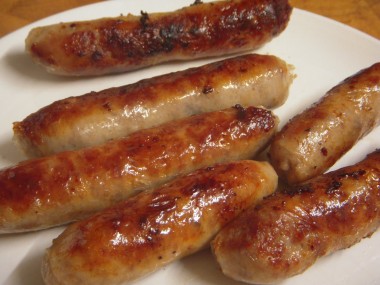 Back in pre-sausage times butcher’s shops used to reach 3pm and the bins would be brimming with smelly chicken feet, moose knuckles, pig penises and vaginas and anuses and probably their outer bumholes and their nips and they’d all be lovingly fed to the company dog like a scene from The Human Centipede. Nowadays it’s a much more savory tale and the shop sweepings get wrapped in intestines and seasoned to mask the funk then served on a cloud of mashed potato with a pond of gravy to prove that it’s not only alchemists and wizards who can make cool things out of bullshit. 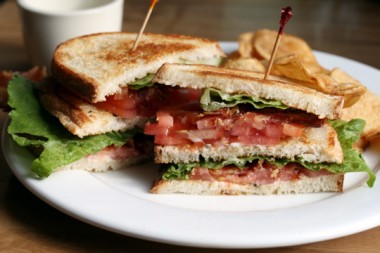 Sliced thinly directly from the pig’s buttocks or from its back or sometimes from its belly if you’re aiming for the delicious streaky variety, bacon is as versatile as Daley Thompson and as good at disguises as Mr Ben – you can have it on cheeseburgers, with eggs, alone on its own, you can even combine it with salad from your garden to make a BLT (short for Bacon Lee Travis). If you chop it up it might give you a lardon. OH YES I WENT THERE, JOKE CITY! 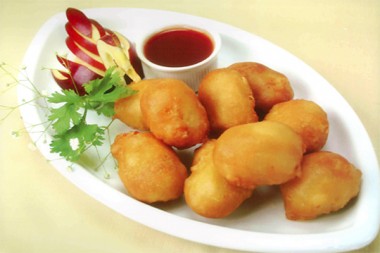 I try not to get too sentimental about food because otherwise we’d be here all day, but the first time I dipped a battered pork ball from my local Chinese into a pot of sauce made from volcanic lava mixed with old chunks of icing sugar and put it in my mouth I immediately started weeping for two reasons. Firstly because it was the most delicious thing I’d ever eaten. Secondly because I no longer had any skin on the roof of my mouth and I was in a lot of pain. 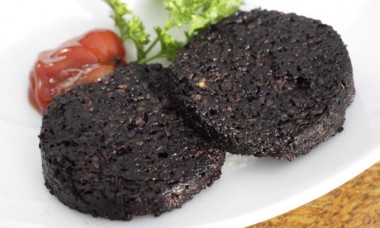 As the babyish poem goes: this little piggy went to market, this little piggy stayed at home, this little had roast beef, and this little piggy had its blood drained from its body then mixed with oatmeal and other spices, and then eventually someone fried it in a pan and served it beneath a plump scallop and next to some pea puree on an episode of Masterchef and a few hours later they were crowned champion and Gregg Wallace went OI OI FUCKING ELL AVE A BANANA! No hang on that’s not it. Sorry. I’m just being hilarious. Black pudding is excellent. 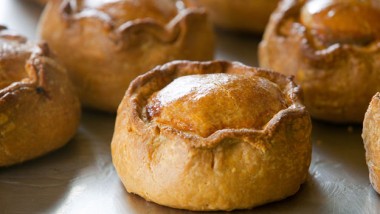 During the Enlightenment great thinkers used to sit around biting into pork pies while they embarked on deep inward journeys of self-discovery and now whenever I bite into one while alone ensconced in my own world because I’m dining for one and listening to my headphones I salute those old philosophers for allowing me to be so sexy and self-serving. Some people like these with strange elongated eggs running through the middle, but I’ll just take mine with a good dab of pickle. 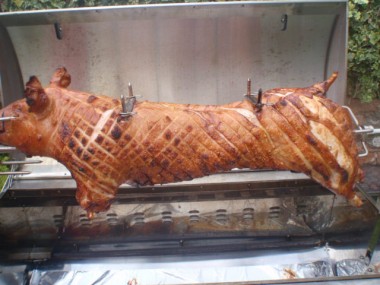 Dating back to the very dawn of time, the hog roast involves a guy murdering a pig then skewering it on a big pole before cooking it on an open fire in front of a field of other pigs like it’s a scene from the Wicker Man. What happens next is that a load of wedding guests suddenly appear from nowhere holding floury white baps and everyone has a feast fit for a royal while the pigs from the first scene quietly back away into another field to plot their revenge. But will their day ever come? 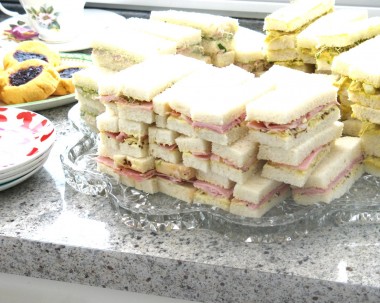 If you’re looking at a pig head-on and want to know where the ham is, just lower your head slightly and tilt your eyes to peer at the legs. It’s all in there, around it’s strong thighs and lean hairless calves. The standard practice is to remove this meat with some kind of knife, then cure it and dry it out then squodge it together and slice it wafer thin using an electronic slicing machine. Ideally I take my ham in between two bits of white bread with a big smear of Colman’s English. 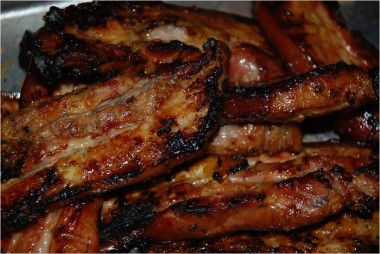 Ribs are a world of fun, partly because they taste absolutely delicious but also because you have no choice but to pick them up with your bare hands and then gnaw and devour them like a hungry caveman. They make you strong like ox, but look funny like silly monkey.