The Interestment 2016 End of Year Barometer – What’s HOT and what’s NOT? 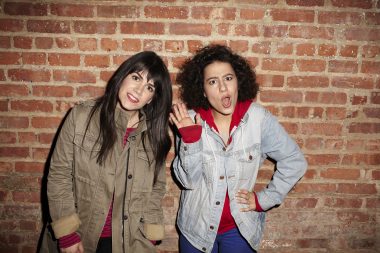 As we all know, it’s massively important each year to trivialise the intricacies of human existence by breaking it down into a list of things you like and things you don’t. So without any further ado, here’s what Interestment made of it all…

Jack Handey books – possibly the funniest human being alive, or dead, or both

Nike Air Force Ones that go up to the ankle. Aka, sturdy winter trainers

The Jazz Funk of Donald Byrd (RIP) and Roy Ayers (still going strong). Or if you’re really drunk and looking to take it up a notch, 1970s Miles Davis

Netflix – Stranger Things, The Crown, Last Chance U, Ben and Holly’s Little Kingdom. In that order

Chips with gravy, but not chip shop chips, crispy French fries, and gravy made with wine in it – basically the middle class REMAIN version

Donald Glover, James Franco, and other renaissance men I can’t think of who prod at the boundaries but don’t take themselves too seriously

Broad City, Tina Fey, Kristen Wiig, and lots of other funny American gals who are being consistently LOLZY

Goat Butter. GOAT BUTTER – who saw that one coming? The stuff is amazing

Records. We all love records now, partly for hipster reasons about authenticity or some bullshit

Excessive shows of grief on social media – fine occasionally, but if every celebrity death is tearing you apart inside, you might want to speak to someone

Sweet potatoes. So sickly, why do people pretend to enjoy these?

Not smiling in photos

Neck tattoos. The thumb ring for the current millennium

The protest vote – especially in a two-horse race, way uncool

Exploiting your staff with your tight-fistedness then being all like “oh wha?? Man, so sorry, I didn’t realise, what the? I mean, GOD, wow, I’m SO SORRY!” with your fingers crossed behind your back

Looking at your phone and ignoring the world

Being sneery online, and in real life, and just to yourself in your own brain

The ongoing business of humblebragging. We can’t believe you were nominated for an award either

Hamstrung writing because the advertisers are winning

Craft beer – too strong, tastes like washing up liquid, what’s wrong with a pint of Amstel?