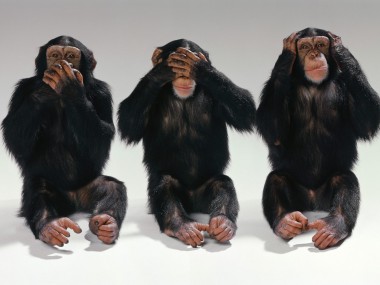 I have many male friends in my life that I have gathered over time and they are very useful. When we hang out I always learn something – a joke, or a couple of new facts.  I’ll always hear a story that I wish I hadn’t heard and see a photo or a video I can’t un-see. I’m like the hear no evil, see no evil monkeys throughout our time together.  When I leave I feel a mixture of happiness and a little bit sick in my mouth but ultimately in a state of comfort having learnt a few things.

Pardon my next Sex and the City type segue but “I got to thinking” about how it’s a relationship that is really important to me but not one that is ever acknowledged. We talk about our friendships with our girl mates and our relationships with our romantic partners.  There are official holidays dedicated to Mothers and Fathers. We get days off work for saints we know nothing about –  Saint necessary.

Even alcohol brands dedicate marketing spend to girly nights in and out. I see gift shops bursting with toppling towers of fridge magnets and coasters that read “I love you more than shoes!” or other witty reminders of the only things you have in common with you girl mates – wine, shopping and cats, naturally.  But no one is talking about my guy friends, my bros.  I don’t think I would be the same person I am today without the solid friendships and experiences that I’ve had with my guy friends.

It seems that I have met all of my bros in a bar or on an aeroplane, that’s where all good friendships of mine seem to start. The friendships grow over time and we develop a non-fuss arrangement that starts with a single syllable – “drink?” We don’t have to plan outfits or the location, it’s very simple.  Sometimes it’s just one drink, sometimes its twenty fifty five score and ten drinks and you wake up in Barcelona.

An example of one of my brolationships is Josh a.k.a Travolta.  We met in a bar when I was living in L.A. It was during the 2002 World Cup where we cemented that friendship.  We were out partying all night and made it to a dive bar to watch the England game at 6 am.  Not a hipster dive bar I mean a real spit and sawdust place, catering for the kind of people to which a 6am alcoholic beverage was very important.  It was dirty and dark with a cosmic ray of blue light reflecting a cowboy movie on to the glass bottles from the tiny portable T.V.

Josh and I sat at the bar next to a guy with no teeth that lived in his car.The bartender, a real solid shape of a man (barrel shaped) was wearing a bright Hawaiian shirt as if to breath some life in to the place.

And I mean to tell you that I had one of the best times of my life that morning.  We didn’t talk about our feelings, we barely spoke at all. We drank screwdrivers as the bar tender topped up a never ending bowl of orange goldfish biscuits and we watched the football game.

At around half time the bartender produced a slab of greasy pork on a paper plate with a plastic fork stuck in it. No words or money were exchanged. The bartender just laid it down in front of us with a nod that said “you’re welcome”

Now I understand how primal these male bonding sessions are.  When you see guys going to watch “the game” there is not very much chit chat. They EAT, DRINK AND STARE. It’s a very comforting state to be in.

The movies don’t capture this state of being, the brosis connection. The movies will portray your platonic relationship as one person secretly in love with the other.  Unrequited love I suppose is maybe more entertaining than watching two people just kicking it over a greasy slab of meat and a line of tequila shots devoured in silence.

Even before the magical bonding fluid of alcohol I always really liked hanging with the boys.  When I was thirteen we moved house and I couldn’t get along with the girls in the neighbourhood.  I tried but I found them to be unnecessarily mean and at my core it made me feel uncomfortable.  Tiny teenage girls falling out, spending most of the time talking about boyfriends and looking at jewellery in the back of the Argos catalogue. I wasn’t allowed either of those things, nor was I ready.  Instead I would climb trees, and bunk off school with five local lads.  They would come over to my house, sit around eating mountains of toast watching National Lampoons Animal House and listen to UB40.  EAT, DRINK AND STARE.

My bros were Mark Shepherd and his crew, they stole car radios and broke in to telephone boxes. Marks girlfriend Melissa lived across the street. She had a spiral perm and her tiny hands were weighted with four sovereign rings and a cameo ring from Argos, This made her very glamourous yet tough as hell. In our neighbourhood at that age kids were jostling for their place in the world and what was important were your clothes, and how hard you were. The rolled cuff on her shell suit bottoms was perfection, the nylon rustled when she walked. However, I didn’t hear her coming when what you could legitimately describe as a posse broke in to my house during an EAT DRINK STARE marathon with the boys.  Melissa had got it into her head I was getting off with her boyfriend and had come to sort me out, At this age I hadn’t even kissed a boy yet.

They dragged me outside to the garden and beat me up.  Kneeing someone in the face was all the rage at the time and I can still see the twelve pairs of LA Gears and Nike Air Jordans taking their turns on my innocent face. The next thing I remember is standing outside in the rain staring at my socks.  I had these cream socks with pigs on them.  The rain fell down my face mixing with blood, splashing claret patterns, creating a new landscape for the pigs.  I was mesmerised and stood there staring at the beauty of it. Melissa appeared again and wiped the back of her hand across the Sweater Shop logo on my t shirt.  She said “Don’t EVER get your blood on me again” I thought to myself, as parting violent messages go it was a considerably weak one, I don’t doubt that in whichever women’s prison she is inevitably residing in nowadays she’s got a better handle on the jive talk.

But where were all my bros? The ones who I had bonded with? They had all scarpered. No one had stopped this happening.  One boy came back eventually and took me from standing shaking outside in the rain. He put frozen peas on my face which was swollen level with my broken nose. My bedroom had been torn apart, there was blood on the walls, Athena posters ripped up, records smashed and worst of all they had stolen my favourite teddy bears an ALF and My Pet Monster which was later found in a wet hedge a few streets away.  This puts the crime in to perspective a really violent act of jealousy ending in a broken nose, smeared blood on the walls and some stolen teddy bears.

After that I barely spoke to anyone, boys or girls. I stayed at home and progressed from UB40 to Bob Marley to Dillinger making my friends in the music. I particularly learnt to love old reggae and soul, and sang my heart out about the struggles in trench town like it was my town. I had always been shy but now I was properly introverted. Looking back it took me a while to make friends again but much later thanks to alcohol and getting on aeroplanes that changed. So thank goodness for gin and planes (now there’s a fridge magnet)

I’ve learnt so much from the boys, just by hanging out, drinking and staring at things.  I have sucked up their information. I like to call this process BROSMOSIS.

I mean don’t get me wrong I can’t rely on any of them for shit, that’s what your girl friends are for and don’t ever expect them to remember a birthday with the exception of Dave Kidder.

But here is a list of what you can and can’t expect from a platonic brosis relationship.

If you read between the lines there is actually a lot of love there.

To say thank you I can’t buy any of them fridge magnets or send them cards with cats on.  As discussed previously Hallmark aren’t catering for this. So I just call them and say do you want to come over I’ll cook?  We will sit in silence and eat some meat following the tried and tested formula of EAT, DRINK, STARE.

So here it is a recipe for Chicken Kiev, one of the dirtiest meals you can eat.  It’s Sankys favourite and I love the grumpy bugger. We will sit on the sofa like book ends and eat. I might get a small a thank you, but the least said the better really. 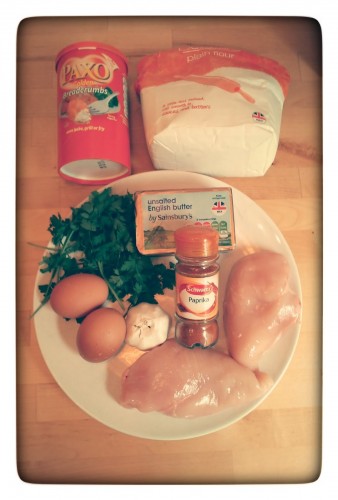 50g of salted butter
Half a bunch of parsley
4 garlic cloves
2 chicken breast
2 eggs
Bit of plain flour
Packet of breadcrumbs, I did buy some nice ones from Waitrose but I can’t bloody find them so I bought some cheap ones from the corner shop 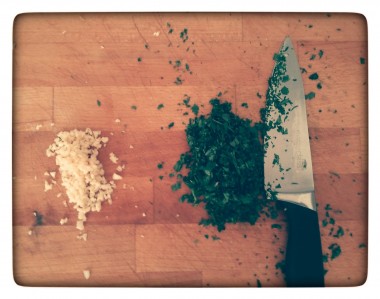 Mix in the butter

Put mixture on to cling film or greaseproof paper and roll it up like a sausage and twist the ends
Stick it in the fridge to use later.

Crack eggs in a bowl give them a slight whisk

Pour breadcrumbs on to a plate

Three tablespoons of flour on to another plate

Get your chicken breasts and cut a little pocket in to the fatest part of the chicken.  Don’t cut downwards, cut across. There is no nice photo of this but here: then stuff a couple of slices of your garlic butter in to the pockets. 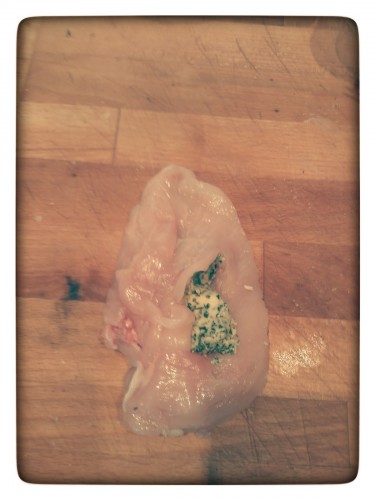 Cover the chicken in flour and pat off the excess 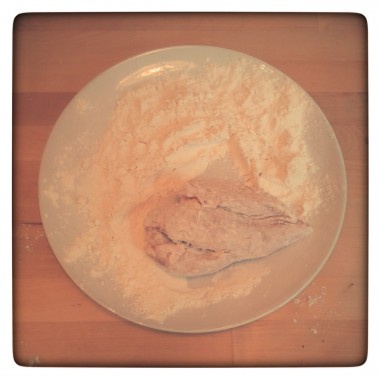 Dip the chicken and cover it in the beaten egg

Finally cover it in the breadcrumbs

Get out a large frying pan and pour in enough sunflower oil to cover the bottom of the pan. Turn the heat on to medium

Gently fry the chicken on both sides until golden around 2-3 mins on each side just to give it colour.

I served this with salad but obvs you will need chips.  Send your bro to the chippy, they love doing that. 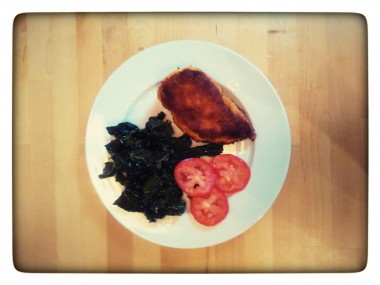