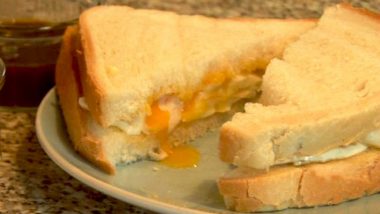 Another year comes to an end, time to split the entire human experience into two clearly defined brackets – things that are HOT and things that are NOT. The good and the bad. The tasty and the grotesque. The sexy and the fugly. No grey areas, no nuance, this is just how the world is now. So without any further ado (because we all hate ado), this is the stuff…

Massive woolly jumpers – great for seeing you through winter and also for hiding your huge secret belly. Talking of which…

Doing precisely 25 mins on a treadmill – forget running outside and socialising with people, get in, get out, get it done. By all means listen to krautrock while you’re at it

ALBUMS OF THE YEAR – Thundercat, Drunk AND Leroy Hutson, Hutson. One sounds like Music of My Mind era Stevie Wonder doing yacht rock. The other is the greatest soul record ever made. Neither came out in 2018

Homecoming – Julia Roberts, Hitchcock vibes, each episode is about 20 mins

Everybody Wants Some!! – unknown actors richard linklater their way around America in the early 1980s. Film of the Year

Snogging – everyone’s always on about boning and shagging and everything, but bloody hell, snogging, that’s the stuff. Even better if it’s during the day

Killing Eve – amazing work from Comer and Oh, further proof that ole Waller-Waller is something else

1980s Whitney – don’t let the reverence of deceased 80s pop gods eclipse some sterling work from pre-crack Whitney. How Will I Know, Dance With Somebody, that’s the marrow

Burger King Cheeseburgers – ever since McD’s went all upmarket with its “cooking to order”, BK has become the natural home of the ultimate melty pre-made 99p snack

Chatty Podcasts – they’re still fun aren’t they? Bit of a samey-samey circuit going on but that’s fine isn’t it?

Crunchies – you’d forgotten about these hadn’t you? God they’re good

X-Men: Grand Design – one for the old school comic book nerds out there, drawn by Ed Piskor. You know who you are, stop pretending. It’s allowed now

Raheem Sterling – Sportsman of the Year last year, and only getting better. Our best hope since Le Tissier

Levi 510s – one skinny pair in charcoal, one in navy, and you’ll never need another pair of trousers again. Until jumbo cord season kicks in around mid-JAN

The MacGuffin – the Seinfeld of magazines, this takes a single object and mines the minutia of it. Currently being excavated – the ball

The Deuce – from The Wire guy, and just like The Wire this seems to be floating somewhere beneath the public eyeline. Another future classic

Beastie Boys – the band that shed its brattish skin to become a more mature proposition. Aka. prototype Take That. Their book’s very good

Trump/Brexit – fashionable to hate and rightly so, but also responsible for some truly mundane comedy

Old men headlining festivals – disconcerting proof that whatever the counterculture movement was supposed to start, it probably didn’t

Death – still no cure for this

Decent famous people dying – especially the ones that did themselves in: Bourdain, Mac Miller

Echo chambers – the media landscape is starting to look a bit like painting-by-numbers, and when conversation rather than debate is needed, that’s a shame

Jackets that are too damn hot

Gorgeous people wearing glasses they don’t need – false advertising. You can’t be clever and beautiful, everyone knows that

The relentless slaughter of magazines – the pile is getting larger, one day we’ll miss them. Done well, nothing comes close

The lure of the Lottery – has anyone ever actually won this thing?

The ongoing deification of mushrooms

Unnecessary plastic surgery – can’t we all just get old and gross and still shag each other?

Feeling “humbled” – only be humbled by how dreadful your life turned out to be, not because you’re being lavished with praise and adoration. You can be “chuffed” about that, it’s fine