Ironically, more of a concept album than Sgt. Pepper 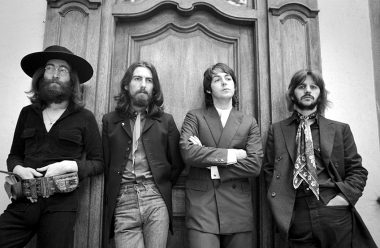 Alan Partridge described Paul McCartney’s Wings as ‘the band the Beatles could have been’.

I’ve always wondered what the Beatles next studio album would have sounded like had they stuck together for one last kick of the can. So when I was on holiday I thought about what would happen if the Beatles had recorded a new studio album after Let it Be. The closest I could get to this would be to look at their solo material.

What would have been on this missing album and what would the track listing have been?

There’s an important list of caveats and criteria that need to be outlined first before we go into my lost Beatles album..

This isn’t an album made up of all of the best of the songs on their first solo albums, because that would not have been a great album. And neither is this ‘The Best of the Beatles Solo Albums’, there are notable exceptions from the list for the following reasons:

The songs had to sound ‘Beatlesey’. I asked myself – would The Fabs actually perform this? So songs like Temporary Secretary and Instant Karma aren’t included for this reason.

There’s mostly no Lennon political stuff here, because the Beatles didn’t really get involved musically in politics to the extent Lennon did in his solo career, so Give Peace a Chance / Bring on the Lucie etc didn’t make it.

There’s two Harrison songs, because he was improving as a songwriter as The Fabs progressed and he was landing more compositions on the later albums.

Ringo gets a song, because Let it Be was the only Ringo-free main album. ‘I am the Greatest’ was written by Lennon and adapted for Ringo and features George Harrison. It’s as much as a Beatles song as anything on the White Album.

Apart from the White Album, they average around 14 songs per album, so I’ve got this down to 13 – but I’ve gone with the Beatles tradition of releasing a single that isn’t on the album and that is ‘Imagine’ (a #1 hit in the UK) backed with ‘Maybe I’m Amazed’.

I had Stand By Me included as a standout Lennon track, but the harsh reality is that there hasn’t been a cover on a Beatles record since Dizzy Miss Lizzy on Help! in 1965. Sorry John.

What is this album called?

‘Abracadabra’ was an early title for Revolver, as were ‘Pendulums’, ‘Fat Man And Bobby’, ‘After Geography’ (Ringo Starr’s pun on The Rolling Stones’ Aftermath), ‘Beatles On Safari’, ‘Magic Circle’ and ‘Four Sides Of The Circle’ – all terrible album names, so take your pick.

What did I get out of doing this compilation?

It’s arguable that Macca has the bigger tunes in the later Beatles, but Lennon clears up in the solo years and in a quarter of the time. Macca’s solo stuff is overly daft (‘Frog Song’ or ‘Silly Love Songs’) whereas Lennon always tried to go raw and to the nerve. Lemon’s aim was for his and Yoko’s music to be a ‘PR company for Peace’. The guy was using his power and influence to make the world a better place – not sure he did, but his aim was admirable.

Another Beatle tradition to follow was the obligatory ‘weird song’. Revolution 9, Maggie Mae, the weird outro on Pepper so I threw in the Neutopian National Anthem to tick this box.

Lennon’s ‘God’ is a good way to finish off this pointless exercise in Beatle love, when he claims ‘I don’t believe in Beatles…the dream is over what can I say?’

Side1
Let ’em in
Mother
Uncle Albert
Whatever Gets You Thru – (feat Elton John)
All things must pass – (rejected for Let it Be, Ringo on drums)
Live and Let Die

Side 2
I’m the Greatest (Lennon, Harrison and Ringo play)
Jealous Guy (Part written in India in the Maharishi period)
Band on the Run
How?
My Sweet Lord
God
Neutopian National Anthem

You can listen to the album here