The Interestment 2017 End of Year Barometer – what’s HOT and what’s NOT? 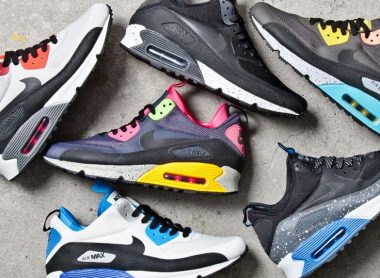 It’s long been established that the best way to explain the human experience is to trivialise it, and break everything down into two opposing categories. Things that are GOOD and things that are BAD, no nuance, no grey areas, just I LIKE THIS, and I HATE THAT. So, with that in mind and without any further ado, here’s what Interestment made of it all in 2017…

Chinese Food – you ever had this? It’s amazing. Big shout out to sesame prawn toast.

Carhartt Jackets – nothing says “I’m starting to quite enjoy 90s hip hop again” like some heavy-duty denim workwear. The Garment of the Year

Doublin’ Down by The Jack Moves – modern soul gem that fetches £100 in its original form. Song of the Year, despite coming out four years ago

Non-fiction – still decimating fiction, because it all actually happened

Norm Macdonald Live – funniest man in the world, at the helm of the best chat show since, and including, Wogan. Man of the Year

Retro Board Games – don’t bother with the nerdy cerebral stuff, just get loaded on vodka and play Guess Who for four hours

Meat and Chips – rabidly consumed from a polystyrene container, this is The Thinking Woman’s Shepherd’s Pie

Jumbo Cords – they were hot last year, they’re getting hotter

Paddington 2 – everyone’s on about Hugh Grant, but what about THE BEAR? Not only has he mastered basic human behaviour, he can also ACT. Film of the Year

Raheem Sterling – an Englishmen who can hold his own in a superstar football team? The first since McManaman. Sportsman of the Year

American Football – complex, gripping, long winded, it’s The Godfather Trilogy of sports (minus the last one)

Being generally decent – it might fly in the face of all human instinct, but kindness and empathy are looking like they’re going to be huge in 2018

James Brown Productions – when the political climate is a tumultuous one, you need hard, heavy beats to drown it out OBSERVE

Non-bookable restaurants – for people who love standing outside for ages, doing nothing

Politics – too many bad salesmen

Twitter – threatening to become another Garden of Earthly Delights, once beautiful, but getting shriekier and shriekier

Sitting down staring at your phone – there’s a world outside your window, and it’s a world of dread and fear… ONLY IT ISN’T. It’s beautiful

Tabloid disapproval of “Bullying” – like Satan telling off Hitler

The gaping holes on the newsstand – magazines are choking for air, but done well they’re SO GOOD

Celebrity Offspring – can’t one of them just be ugly and work in an office?

Death – still no cure for this

Overly strong bespoke beer – beer was invented to be consumed in gallons by fat people in a hurry, not supped from a confusingly-shaped “flute”