Including this ole classic… 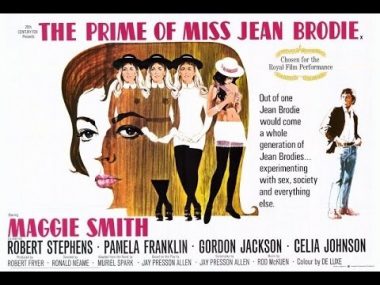 Dear old Sunday evening, that hallowed corner of the weekend where you’re sandwiched between a lovely relaxed state of antiques and John Craven and the impending doom of the onslaught of another working week. As my hoards of followers on Instagram will tell you, I choose to combat this latter state with a film (‘Sunday night is movie night’). However another excellent weapon I often use in my Sunday night battle is music.

I possess quite an excellent record collection, which ranges from original musical cast recordings from the 40s, 50s and 60s, old crooners like Sinatra and Crosby and right up to the more contemporary Bruce Forsyth album from 1975.

However when a Sunday night rolls round I usually always favour an original motion picture soundtrack. And so darling reader, if I may, I wish to present you with my top five film soundtracks to chase away those working week jitters. 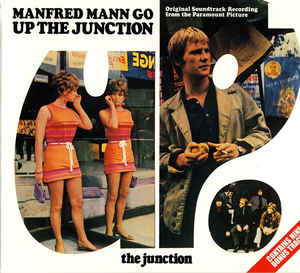 This gem of a movie from the late 60s stars the pretty Suzy Kendall as Polly who chooses to give up her privileged life in Chelsea and relocate to the terrifying Battersea (silly girl) in a bid to make her own living and distance herself from her advantaged background. Whilst rambling around south of the river she bumps into the very young but dashing Dennis Waterman, who plays Pete. The two embark on a doomed love affair…

The music to the film was written and performed by Manfred Mann and has that lovely late 60s groove that will instantly put you in an exquisite mood of not caring what pains the new week will have in store. 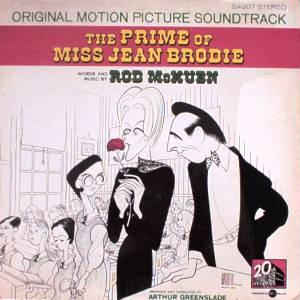 One of my favourites here. Not only is it a stonker of an award winning performance by the wonderful Dame Maggie Smith, the music is just superb. Composed by American songwriter and poet Rod McKuen the music will truly transport you back to 1930s Edinburgh and the hallowed halls of Marcia Blaine School for Girls.

The song (and single from the film) ‘Jean’ has a gorgeously beautiful melodic feel. All of the tracks will instantly put you at ease and may even bring a tear to the eye of the most stone-faced listener. 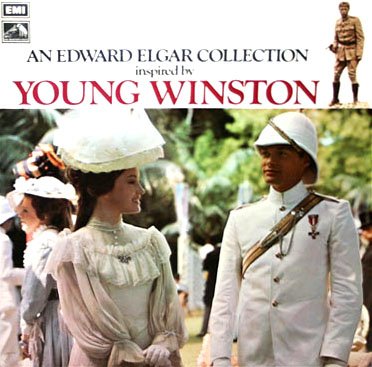 In this biopic about the iconic Sir Winston we follow his life as young boy at Harrow right up to his first flurry into the world of politics.

The music is composed and conducted by the great great Alfred Ralston and contain excerpts from the works of Elgar (including my favourite; Pomp and Circumstance March no.4). The thundering imperial majesty of this soundtrack will rile you into a patriotic frenzy and thus arming you to confront any status meeting or disgruntled work colleague in the following days. 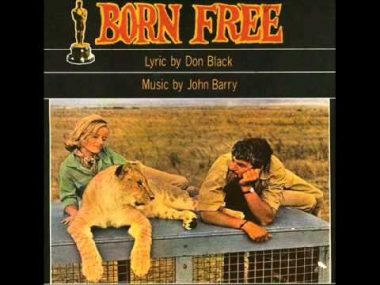 What can be said about the great John Barry that hasn’t already been expressed? He truly is the governor of the film soundtrack. Barry practically dominated the British film industry during the 1960s, from Zulu to Bond he defined an era of film music.

I’m rather a fan of Barry’s work and it was a tad tricky to choose one of his works for this list. Everyone knows the song ‘Born Free’ and you can’t help but sing it when you speak the title. The vocal of Matt Monro is just one of the many joys on this album, Barry’s melody is a thread that runs through the majority of tracks which concludes with the beautiful last track (‘Reunion/Born Free’).

Even if you’re not the biggest animal fan you can’t help but be swept away by Barry’s score. 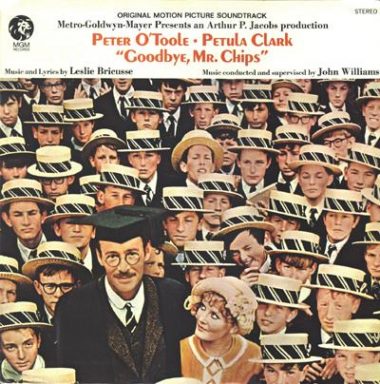 My only film musical score on this list, and readers it’s a good one, and may I say, a rather underrated one. Starring Peter O’Toole and Petula Clark and with music and lyrics by the sensational Leslie Bricusse (who sat behind me at the theatre with his pal Roger Moore a few months back, more on that another time) the film was released when movie musicals were falling a little out of favour with cinemagoers (similar with ‘Hello Dolly!’ and ‘Doctor Dolittle’). It wasn’t a critical or a commercial success.

Nonetheless I still adore it.

The songs and underscoring by John Williams (who conducted the score) are simply beautiful. O’Toole being an actor and not naturally a singer acts the pants out of Bricusse’s text and takes you on the journey through every song he sings.

‘You and I’ is the natural hit from the score and it’s no surprise. It’s simplicity is enchanting:

So pour yourself a brandy, put your feet up and drift away on a celluloid cloud of loveliness.