Hey everyone, Hipsters can’t die and I think I know why 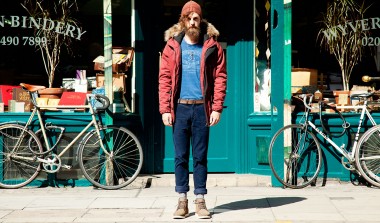 I’ve been labelled a hipster for ages now, thanks mainly to my fairly long-standing relationship with a beard and glasses (which came as a result of bad eyesight from 1976 onwards and a 2001 “who can grow a beard fastest?” competition with a pal), but I’ve never totally had a handle on what a hipster is. From reading the Standard piece a hipster is someone who has elaborate facial hair, who rides a cool bike and drinks exclusive coffee or harder-to-find beers – even his description seems lost in a vague cloud of relatively kitsch things that are being constantly updated. Other things they like: vinyl records, sailor tatts, having an old fashioned gentleman’s haircut. Some are now “Normcore” which means that they want to be deliberately dorkish. If you walk into Topman this afternoon you’ll think you’ve been swept back in time to 1980s C&A.

And yet, from what I can tell, there’s no hipster soundtrack – is there a big hipster band that I’m not aware of? Is there a national anthem like God Save The Queen for Punks or My Generation for Mods? What’s the ideology? – it seems that the essence of this “movement” is captured in the notion of conforming under the guise of non-conforming, and finally that makes some sense to me. It’s not being a hipster or not being a hipster, it’s just FASHION. Fashion but embraced en masse by men probably for the first time ever. Not fashion as in getting a pair of Adidas Gazelles, not fashion as in aping mid-1960s Paul McCartney or Steve Marriott haircuts. Not fashion as advertised at unfathomable prices modeled by Steve McQueen in GQ. Not fashion as in wearing a “pulling shirt” at weekends. But mass market fashion as it has been consumed by girls for absolutely bloody ages – in a relentless, exciting/exhausting, competitive, ever-changing, slightly intimidating and disposable way that happens DAILY. In a way that is often forensic in its detail (I’ve seen guys who have obviously spent ages just on their socks!) that invites attention, that keeps you on your toes, in a way that perpetually tells you that what you’re doing is out of date.

Hence “Peak Beard”, “Peak Glasses”, “Peak Haircut”, “the Death of Hipsters” – finally this kind of talk actually speaks to men and appeals to their insecurities. Women’s mags have been pulling the same trick for years.

The hipster won’t die because he can’t. The hipster never really lived.