The Best Bits of the Baftas 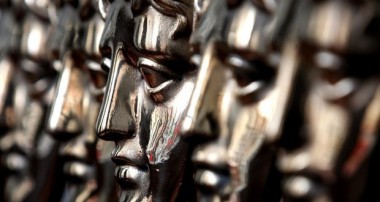 I stayed in last night and a concoction of fate, chance and not being bothered to reach for the remote meant that I watched all of the Baftas. Or to give them their full title, The Television Baftas Sponsored By Marks and Spencers. They were really cool, lots of famous people were there in their most gorgeous outfits, sitting in a theatre, thanking one another and attempting to mention their spouses without bursting into tears. It will definitely get the Bafta for Best Baftas at next year’s Baftas, and here are ten moments that particularly stood out for me:

1. When Baldrick from Breaking Bad accepted the award for Best American Drama About Meth on behalf of everyone else in the show and then slow hand clapped the rest of the opposition saying “seriously, well done everyone else, well done”.

2. The bride from Him & Her reacted to the Best Funny Program Bafta like she’d scored the winning penalty in the World Cup final.

3. Ari Gold from Entourage made a confusing joke about Ricky Gervais.

4. Cilla Black got a twenty minute standing ovation – even Baldrick from Breaking Bad got involved, slow hand clapping and saying “seriously, whoever the fuck you are, old redhead woman, well done, well done”.

5. Moss from The IT Crowd did a slightly shambolic “aw shucks” speech which made every woman in the audience want to be him and every man want to be inside him.

7. Helena Bonham Carter pulled her usual stunt of making everyone else look really self-conscious and overly-precious by turning up in a fancy dress witches outfit and some toddler shades. “Oh nice outfit, well done, seriously” clapped Baldrick from Breaking Bad.

8. Mark from Peep Show was forced to watch from the audience while his ex-wife Sophie won the Bafta for Being In Every Television Drama or Comedy in The Last Four Years. His inner monologue was probably hilarious. Something along of the lines of “I can’t BELIEVE that’s SOPHIE!”

9. The guy from Jurassic Park wandered out to present a Bafta and decided to improvise an empowering speech about how good at acting women are compared to men. Like seriously. You girls can really act. He really means it. Great acting girls. He then snorted laughter through his nose and nodded to Baldrick from Breaking Bad who started clapping.

10. Graham Norton was great fun, Julie Walters has a cleaner. Gogglebox won a prize! I fucking love Gogglebox (and my brother-in-law works on it, not bragging or anything)!