The time I got sacked without getting sacked

Josh remembers the shame of being given the heave-ho 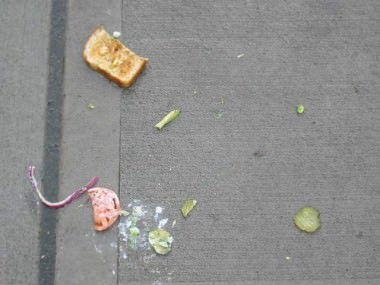 There’s an intensely moving scene at the end of the disco drama Saturday Night Fever where the street-philosopher-slash-ballroom-dancer Tony Manero looks deep into his woman’s eyes and explains: “there’s ways of killing yourself without killing yourself”. It meant nothing at the time, and it’s still very foggy. Like Tony’s dance routines it was a flash of brilliance out of nowhere in between a barrage of pelvic thrusts. What did he mean? Who would say something like that? But then funnily enough, Tony might actually have been on to something. In that there are also ways of getting sacked without getting sacked.

I was sacked without getting sacked in the summer of 1998 – around the same time as a small footballer called Michael Owen took the ball down with his right ankle, ran past a few Argentinean guys, smashed a goal into the top corner, and made the entire planet shout in astonishment. Literally everyone went wild. Feral. Absolutely berserk. Everyone except for me, because I’d just put two and two together in my head and realised that my day job at a sandwich shop was fading away fast. It was my livelihood. I looked on as Owen ran towards the crowd with his arms outstretched like Christ, but any surge of joy had been countered by the plummeting realisation of impending unemployment, leaving me totally centred. Neither happy nor sad. Just perfectly balanced chakras.

As it happened I had been working in a small Bristol sandwich shop called either The Upper Crust or Sexy Lunches. The sign might have featured a woman with stockings and suspenders on licking a baguette, or it could have just been a French stick minus the hot girl. I don’t know. It was 1998 – that’s ages ago. As I recall the initial plan had been to train me up as a manager, based on the fact that I looked really trustworthy, and because I had a second class honours degree in Sociology which used to open a hell of a lot of doors before the credit crunch. Unfortunately my employers hadn’t taken into account that someone could be unbelievably bad at making simple lunches for people – something which quickly became apparent during my first shift, when cheese played second fiddle to pickle, when I inadvertently insulted a regular by suggesting his girlfriend looked like a horse, and when the takings didn’t make any sense because I hadn’t a clue how the till worked. I’d based my pricing on what people should probably pay for things.

My boss put it down to first day nerves. It was all the adrenaline of a live lunch service. But by day three it dawned on him – he’d employed the only person in the West Country completely unable to carve an entire slice of bread. I prided myself on at least being fast at my job, but that was mainly because people left clutching a bag full of deconstructed sandwich ingredients all haphazardly clumped together in no particular order. Custom started to dwindle, one man walked into the shop and said “not him” pointing at me. No one wanted me in charge of making their meals. I had become what is known in the trade as “a bad sandwich maker”.

Of course at this point my boss should have stepped in and explained that things weren’t really working out. I would have understood. I’d have cried and spluttered for forgiveness and just one more chance for a few awkward hours, but then I would have cleaned the smears of butter from my forearms, removed the specs of cheese from my underpants, peeled the gherkins from my pubes, put my top back on and left that shop with some dignity. But no, he was too scared. He was cowardly like a guy hiding behind a bush while a group of kids walk past. He began a slow burning assault to undermine my spirit that ended with me not really enjoying Michael Owen’s goal. I’ll never forgive him for that, and if I remembered his name I’d tell him so. He lessened my shifts. At first by one a week, then two, then three. Until eventually I had one shift on a Thursday between midnight and 3.57am. I knew it was over. Very few people can live on less than £7.42/week.

“It’s not really worth my while working for you,” I suggested on the phone, calling time on this ridiculous charade.

4 Responses to The time I got sacked without getting sacked