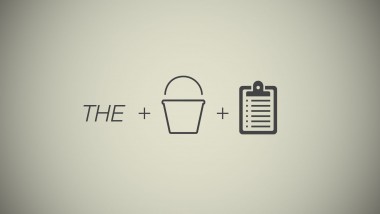 I’m going to be 40 next year – I KNOW RIGHT! I remember my own dad turning 40 back in 1853 and thinking how old it was and on some subconscious level 40 has always signified a certain agedness and gravitas, neither of which things I can realistically boast on my intricate personality spectrum. I’m definitely not grave, and I’m only age-ed in the sense that I’m nearly 40. Mentally I’m still 15 and physically I am the same as I have always been only much much worse. Anyway, I’m not freaking out, why would I freak out? You’re freaking out. But whatever, I thought I’d do a bucket list of 40 important things that I need to get out of my system over the next 12 months, I’ll be ticking them off as I go…

Carry a bottle of water around – I don’t drink much water because it’s boring and invisible, but now I plan to down loads in front of friends and colleagues.

Laugh loudly with a group of people – for once I want to be the guy in the park laughing with his cool mates, not the one watching them from a bus.

Go to the toilet without excusing myself – nothing says “fuck you world and fuck your rules” quite like just standing up and going for a wee unannounced.

Fist bump someone without looking baffled – nor looking overly pleased with myself afterwards, this one’s a real balancing act.

Pay for a whole meal with people – just waft my hand around as if it’s no big deal even though my son will have to go into care for a month.

Convincingly call a girl “darlin” – never pulled this off successfully.

Shout DRINKS ARE ON ME! – in a library.

Do karaoke – I want to take my bra off and show the world that I can SING.

And dance – this is the same as karaoke, but involves dancing and possibly mouthing the words while I faux-massage my breasts.

Order from the kids menu – sometimes I want nuggets and chips, so I’ll unashamedly ask for them and I will then ignore the laughter coming from the kitchen.

Call a bus driver “luv” – like with “darlin” I won’t feel like a real man until I’ve surreptitiously belittled a bus driver. Or bus drivette if it’s a girl one.

Say things like “I always get what I want”– the new me will be shrewd and confident and possibly wear a tie, and he’ll say stuff like this before abruptly leaving the room.

Win an eating competition – as the last chunk of giant burger goes into my mouth, loads of women will get their equivalent of a big stiffy.

Do two pull ups on a tube – nothing says “life doesn’t phase me” quite like me doing a couple of slow motion pull ups on the tube while staring you dead in the eye.

Do an amazing self portrait – it’s easy to turn your phone around and snap a selfie, this is going to be some next level shit like an oil painting or my face whittled in wood.

Have a roll of cash in my pocket – once I’m a grown up I assume I’ll be asset rich or everything will be tied up in stocks. Time to withdraw the lot and roll it into a very small ball.

Smile at a girl then point at my wedding ring and shrug – bonus points if she looks even remotely disappointed.

Have a mocktail – it takes a special kind of man to wait at a busy bar then order a Virgin Mojito. Even more amazing if he has two or three and leaves completely pissed.

Sharpen a pencil with a knife – for some insane reason I’ve managed to go this long without doing this. Have I been living in a box??

Win a game of chess – at university I used to sit for hours staring blankly at a chessboard pretending to know what sort of hopscotch the horses were capable of. Now I’ll actually learn and become a champ.

Walk a dog – I’ve never been alone, just me and a dog and a large open space, mainly because I’m convinced it’ll look around for other people then quickly bite my face off and kick me in the nuts.

Make a new friend – the plan being that they would be the main attraction at my birthday party, everyone can coo over them, prod them with sticks and ask intrusive questions.

Buy a Best of Mellow Ibiza CD – I’m going to be hosting a lot of dinner parties and nothing says “eat my chorizo” like the soundtrack of someone’s 2002 ecstasy comedown.

Wear a denim jacket – to really succeed here I have to look 1970s ne’er-do-well rather than 1980s French Exchange. That means I’ll have to lose the bumbag.

Eat a spoonful of Marmite – Never done this. HOW???

Teach my wife snooker – we’ve been together for eight years so my plan is to reinvigorate our sex lives by heavy breathing in her ear while I show her how to vaguely hit a golf ball or not quite pot a red.

Play football with other men – I’ve avoided footie for the last ten years so as to preserve my 20s heyday in brine. Time to uncork the lid and immediately twist my ankle.

Read a book in one sitting – apparently people are capable of doing this.

Stop someone from explaining their dream/holiday – openly and kindly I’ll just say “please, don’t let’s do this, not now” then I’ll whisper “not ever” to camera.

Wear shorts during the winter – people will look at me and think SHORTS? IN WINTER??… or they will think nothing and their lives will just roll out as normal.

Read the explanation next to a painting – over the years I’ve even struggled to get to the end of really long surnames, but my plan is to train my mind to read boring educational material, I will then rehash the information and pass a vague approximation of it down to my many bored children.

Go on a 5:2 shirt tucking in diet – I’ve been alive for almost 15000 days, at least 13/14000 of which have been spent with my shirts flapping around willy nilly. Two days a week, they’re going in the underpants!

Move a car at least an inch – like all of the sexiest and most alluring guys in the world, I can’t drive. My wife in particular finds this a massive turn on, especially when we’re going on holiday.

Watch a foreign movie at the cinema – I will also request the ticket for the film using the required accent for the title. Then I’ll pay in Euros.

Have a night out in Hackney – contrary to what my beard and glasses are telling you, I have never been out for a whole evening in Hackney. Or perhaps I did but I was too high on meow-meow or too steeped in slam poetry to remember.

Pour a glass of champagne with my mouth closed – pouring champagne doesn’t come naturally to men like me who insist on doing it with our mouths open. Like all 40 year old men I plan to drink a LOT of champagne for the rest of my life.