The challenge was to not look at the camera. One of us didn’t get any dinner 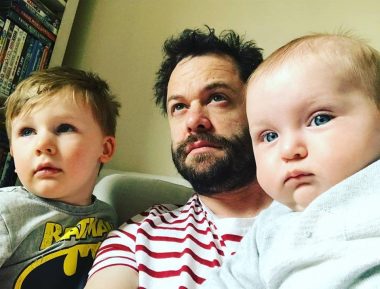 Interestment turns 10 this year, which means this website is a decade old. Way back when, back when it all began, the world was a totally different place – no one cared about politics, no one visited Twitter to express outrage, and Interestment, as I may have just mentioned, was coming into being, and was fast establishing itself (amongst its tens of readers) as one of the only places specialising in massive LISTS. It’s true, you can look it up, it’s in all the history books. Buzzfeed wasn’t much cop in those days, no one cared for it. In fact, for a while there, around Year Two (eight or nine years ago) Interestment was even threatening to break into the mainstream, to become relevant – a place of consequence. History will subsequently tell you that it definitely didn’t pan out that way. That instead of soaring onto the public consciousness, it was quickly smacked down by the heavy bollocks of reality.

But I suppose what I’m trying to say is that, against all the odds, it’s somehow still going – you can’t keep a good Interestment down. And now it serves as a little time capsule for the last decade, with occasional nods here and there to the world as it was/is, and thousands of inconsequential words to keep you distracted for a minute or two during your day. In that sense, it’s the perfect website.

Plus, as with anything that stretches into another period of time, there are lots of early bits of work on here that are practically unreadable. Embarrassing missteps littered with casual misogyny, bad writing and the putrid use of fuck words and coarse language to seem edgy. It’s a bit like watching a video of yourself gangsta rapping when you were a kid – you thought you looked so cool, but in hindsight nothing rhymed, your trainers were too big, they made you look like a jackass, and your Thames Estuary accent belied way too many truths about where you really grew up. But, strong as the pull to delete old pieces and airbrush the past may be, that would go against everything the site is about – the ethos of it. Because at its core, Interestment is a celebration of life, real actual life, not the curated version we post on social media, but the real things that happen to you every day. Interestment stands naked before you without any sense of shame, proud to be imperfect, aware that we’re not born fully formed and armed with all of the correct views and responses. That the filters change, that you’re never really finished, never actually whole – we learn things, we absorb stuff, we make wrong turns, and hopefully, once we eventually lay down for the final time on our death beds (or any bed, doesn’t have to be a death one), 150 years from now, perhaps we might have learned something, and we might have something poignant but not too complicated to pass on to the weeping faces all around us.

Anyway, point is, my daughter is seven months old now – everything she does, at some level, is embarrassing. She pukes in public. She shits herself. She drools down all of her clothes, and her efforts at speaking are very very clumsy. But history has taught us to embrace these times because we all know what will come next. She’ll learn things, absorb stuff, make wrong turns, probably some right ones too. She is loved and adored not just for the unfiltered, unairbrushed baby she is now, but already for the woman she’ll become too. She’s fucking wonderful. Perhaps Interestment will achieve a similarly spectacular metamorphosis one day too. We live in hope.