Rory McClenaghan casts an eye over some artwork 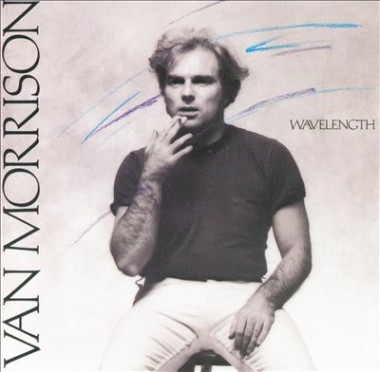 “Are you on my wavelength?” whispers Van from a barstool on a cloudy day in heaven. You’d better be on his wavelength, he’s already making eyes at your woman. Look at those fucking forearms! They’re so much hairier than yours, thick too. And he’s smoking. You always knew smoking was cool, but your mum went mental at your brother that time he started and you never managed to get past the unpleasant coughing stage. Do you swallow the smoke or hold it somewhere then blow it out of your nose? Van knows. He’s smoking the shit out of that cigarette. You can see your girlfriend already moving in the soulful Ulsterman’s direction. He’s wearing white jeans! And he’s pulling it off!

“Are you on my wavelength?” He repeats, his Belfast burr more insistent this time, more sexy than before. Your girlfriend is now standing by his side. For the first time you realise how short he is, but somehow it makes him no less potent. “Yes, Van,” you sigh and leave them to it.