What I’ve learned from 20 Years in London

A week or so ago I realised that it’s almost twenty years since I moved to London, and I was trying to figure out how the city has changed in that time, and the truth is, it’s a totally different place but also much the same. As far as I can tell the most stark difference between now and then is that the Victoria line going southbound now retains some of the posher voices after Stockwell. But that’s true of everywhere really. Areas like Hackney, Brixton, Peckham, Bermondsey, Walthamstow, or wherever the current hub of all perceived creativity and cool things happens to be, they’ve all been marked by the hand of gentrification. Even back when this journey began and I moved to Clapham North, it wasn’t the Clapham North that everyone knows today (i.e. home of the frighteningly confident and extremely well groomed). It was tatty, there was a big drive-thru Burger King that sold bacon double cheeseburgers for less than a quid all year round, just plonked in the middle of the High Street (now a Sainsburys Local, natch). Your nights out weren’t swamped with a million possibilities and if you got snogged, you stayed snogged for quite a while after.

But rather than lamenting a lost, simpler, rose-tinted time, with rare internet access outside work, no mobile phone in your pocket (I enjoyed the status of being a pager guy for a little bit too long), and a far more inclusive smoking policy, I thought I’d cobble together my memories of those first few months instead. They were, to coin some ancient philosophy, fucking great. I was green, I’d been to London literally once before to visit the National Gallery with school, and I’d decided to make it a permanent residence on the back of a romance with a lady (not still going), a bromance with some pals (mostly still going), and a two-week unpaid work experience stint at the gentleman’s monthly FHM, where, without any prior experience of writing anything apart from homework, I decided I should probably have a job (and sort of did for a few months, until I essentially fucked it up).

Like any modern country mouse in search of their fortune, my mum had driven me to the bus station in Oxford and dropped me off and I’d tried not to cry while we hugged goodbye. I had a single ticket to London Victoria in the pocket of my breeches, and a suitcase full of dreams. The plan was to wire home and arrange a pick-up of my precious record collection and a clipframed John Coltrane poster once I’d began steadily amassing a pile of cash (around a month in, I’d approximated). The tube map looked like a baffling spaghetti junction with no correct answer, and in those early weeks I would blow my nose and soot would come out.

Literally about a day in, I sat in the local pub with my mates (a clunky Irish place, like an O’Niells, near Clapham Common), marvelling at how far I’d come in life. London – who’d have ever seen that one coming? Me? No way man, this was WOW. I went to the local swimming baths just around the corner from where I was staying on the sofa, and they were freezing cold, massive, and decorated with tiles from the olden days. Gorgeous, beautiful Victorian (I’m guessing Victorian, isn’t everything Victorian?) patterns like an old relic, and if I’m ever going to get nostalgic about anything here, it’s old pools. I love old pools, so much nicer than the shitty new ones with their electronic moving floors. Fuck them. Not a patch on the old ones. 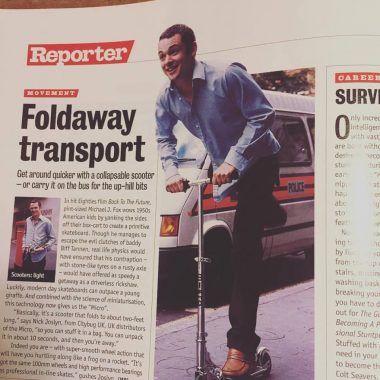 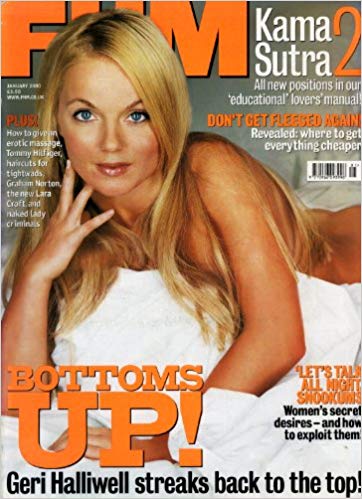 I ambled into FHM for the first day of what I didn’t realise at the time, but would actually become some kind of hodgepodge career in writing (an absurd way to make a living, I’ve since realised). I know exactly what I was wearing because within a few hours I’d been ushered off to be photographed posing on a Micro Scooter and I still have the pictures. I had an old blue shirt on, Sta-Prest Levis and leather slip-on shoes – about the smartest clothes I had without drowning myself in a suit. Fate had also conspired that I’d arrive at the offices in Oxford Circus at precisely the same time as Ginger Spice, who was there to check that her front cover was up to scratch. She said “hello” to me and my entire body convulsed with confusion as to what my life was becoming. I had no idea who I was anymore. “Alright” I muttered back, desperately trying to hide that having someone off the telly acknowledging me was undoubtedly the weirdest thing that had ever happened. My face turned beetroot red. Precisely two days later, I saw Louise Nurding (or possibly Redknapp by that point) in a lift, and I said hi like it was no big deal. I’d really evolved, you know. Grown.

Yes, those latter months of 1999 and early ones of THE YEAR 2000, when we’d all somehow dodged the lurching murderous arm of the Millennium Bug after weeks of breathing into paper bags, continued at a hundred miles an hour for me. Old magazine folk were already moaning about how they’d all jumped the shark by now and it just wasn’t the same anymore (though I doubt they’d say jump the shark back then), but to me, I was working in an intoxicating job that I didn’t want to go home from. It was exciting, and because I was young and permanently grinning (to hide that I had no idea what I was doing) everyone (give or take) was nice to me. I spent entire days researching and listing all of the “stockists” in the magazine (i.e. brands whose stuff had appeared in photographs) like I was busting Watergate clean open,  or transcribing interviews (literally the worst job on the planet) with a disturbing attention to detail, even spelling ums and ahhs correctly. Literally every bone in my body felt like I’d made it. I’d hit the big time. I’d moved to a big city and I was actually doing stuff, making a pretty pittance for it and just about keeping myself in fags and weak lager. That was a big deal. 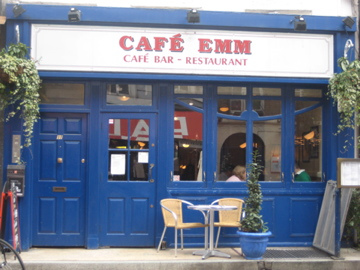 It’s hard not to romanticise those early forays, in the same way it’s hard not to romanticise the beginning of anything that feels like it changed the course of your life (which isn’t as dramatic as it sounds – just moving to a new flat has a butterfly effect). Going to cheap restaurants like Café Emm on Frith Street where they’d pile your plate high, knocking back budget booze in strange dark drinking holes like Gossips on Dean Street in Soho, or playing records at the Pentagon in Clapham with my pal Sam. I felt like I was really sucking the marrow out of life. Of course, all of those places aren’t there anymore, because London holds no truck with my stupid nostalgia, it’s transient and much bigger than me. It doesn’t stop, and with the exception of Garfunkel’s that would survive a nuclear holocaust, even the buildings don’t always stick around, leaving the skyline permanently unfinished.

The ladder I came here to climb twenty years ago doesn’t exist anymore either, almost every magazine I worked on in my first decade has closed down (not entirely my fault!), and for a long time I fretted about not having found my place here, about not quite being part of it. But then that’s the point, there isn’t a permanence to London, you won’t conquer it, your status won’t grow as you get older (more likely quite the opposite), and it won’t always offer you a steady living. It’s a city that evolves whether you like it or not, with you or without you, it’s constantly emptying and replenishing, brimming with people who haven’t quite found their groove, and to live here is essentially to be plankton.

Once I’d figured that out (over a decade in, mind you), without wanting to sound too corny, that’s when I really fell in love with the place. You don’t know what hand you’re going to be dealt, and you can’t see where the conveyor belt you’re on is heading, in transcendental terms, you’ve probably relinquished control and given yourself up to the universe in some weird way. I met my wife here, we had our kids here, that’ll just about do it for me.

Here’s to another twenty!