Interestment’s 100 Funniest Famous People of ALL TIME, PART NUMBER ONE

Including this beautiful man 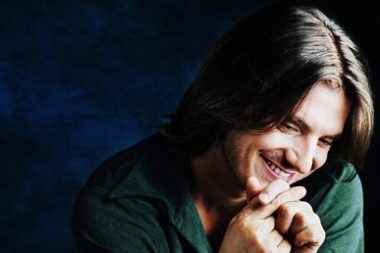 Just to be clear, this isn’t in any particular order, so at any given time you could be reading about the 54th funniest, or the 13th or 3rd funniest, in fact there’s only ever a 100-1 chance that you’re reading about the actual funniest funniest. Oh, and also note the specification that this is “famous people only” because as we all know, normal people from your real life are often the actual heroes. They just never get the props. Anyway without any further ado, because we all fucking loathe ado, here’s the first 25…

Norm MacDonald – to the uninitiated he can seem doddery and uncertain, like a weirdo you might find loitering up a hill, but don’t be fooled, he’s actually the funniest man in the world

Mitch Hedberg – got way to into the ole smack and vodka, else he’d now be doing his offbeat one liners to gigantic crowds, all despite being too shy to ever fully open his eyes

Jenny Slate – further proof that your funny bone isn’t located in your large engorged testicles but more likely in your boobs, melons or breasts. J.Sla here hit Everest heights when she starred in the excellent abortion comedy Obvious Child

Eddie Murphy – according to this very website, the greatest Hollywood movie star of all time (during his hot streak in the 1980s). That’s a very big accolade, possibly too big

Peter Cook – funny as Mister Jolly, jumbo funny as Peter Cook, filthy as fuck as Derek and Clive (whichever one he was)

Henry Winkler – so synonymous with the Fonze that when he speaks in his normal gentle speaking voice, you think he’s putting it on. He ain’t, that’s actually who he is. This is him famously jumping the shark

Will Forte – the pilot of The Last Man on Earth is an opening ep masterclass, and the sex scenes in MacGruber are also very educational

Jack Handey – before Twitter was invented, Handey was fashioning side-splitting Deep Thoughts that were essentially tweets. His book, The Stench of Honolulu, is another one for the must-read pile

Kristen Wiig – no one is better at channelling misplaced confidence, nor at having what appears to be a superfluous extra “i” in their surname

Hannibal Buress – became a prominent figure when he introduced the notion of Cosbying someone’s drink to a wider demographic, but his jokes are also really great

Tina Fey – her book about climbing to the top of the comedy ladder despite a distinct absence of penis is one of the most inspirational tales since the New Testament. One of the greats

Garry Shandling – known in his later years as the Zen-like Elton John of mainstream comedy, nurturing little sparrows beneath his mighty wings, he’s also one of the funniest ever. People that is

Charles Grodin – aka the dad in Beethoven, or the one who isn’t De Niro in Midnight Run. Funniest when combined with a gently probing David Letterman

Harry Hill – for a while there he had the most subversive show on telly and it was on ITV which made half the country nearly choke on their brioche. Gigantic collars

Tom Stade – not the biggest name on the list but one of the biggest voices, his stand up has been described at different times as “funny as fuck” and also “fucking funny, as fuck”

Jane Lynch – hang on, wait a seccy, a moment ago old sticky hands Willard was described as “the funniest member of the Christopher Guest contingent”. Lynchmeister General here might have a thing or two to say about that

Louis CK – you think this is contentious? Just wait until Woody Allen pops his head up in part three. If we’re separating art from real life, there are few funnier, and the little seen “sitcom” Horace and Pete might be his real masterstroke (not to be confused with his other notoriously less palatable strokes)

Bob Einstein – otherwise known as Super Dave Osbourne or Marty Funkhouser, no relation of Albert the famous boffin, though his brother is Albert Brooks who was born Albert Einstein. So there’s that

Zach Galifianakis – word on the street is that when Mr Galifianakis isn’t being hysterical, he’s peddling an unusual brand of warm hearted human kindness that hasn’t been seen in Hollywood possibly ever. He once bought an old lady a flat and they weren’t even related

Matt Berry – a prop comic but only in the sense that the prop is his voice, so basically, not a prop comic

Dave Chappelle – we don’t say anything lightly on this website, so when we say that Chappelle’s last Netflix special, the one in the really big theatre, is the best stand up comedy performance of all time, we mean it. We think. Or do we? It’s really good that’s the point