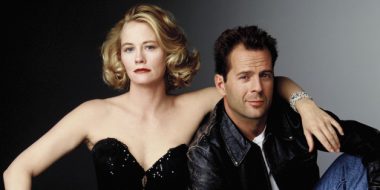 You loved PART ONE, now feast your eyes on the next 25. Don’t go nuts if your fave isn’t there yet, we’re still only halfway through this thing…

The Kids of Degrassi Street – an 80s staple, you could ultimately follow these sweet little Canadian dudes to Junior High (on the show Degrassi Junior High), and then to normal High (Degrassi High), and if you tuned in now, they’d probably still be there, freezing their dicks off, lost in adulthood, drinking drugs and smoking alcohol and brainlessly boffing each other like the rest of us. Goddam loss of innocence, what’s that aboot?

Columbo – if you’re looking for an underlying message, it’s that scruffy men aren’t as fucking stupid as you think, lady! – that’s right, we’re looking at you, Posh Murderess, with your long silk gloves. Oh and just one more thing, ENJOY WOMEN’S PRISON!

Day of the Triffids – to look at it now, you get the feeling the BBC’s special effects department just filmed a bunch of daffodils and played a synthesiser, but at the time, this was as real and as genuine as true terror got.

The Professionals – a specialist law enforcement department made up of ex-paratroopers and police officers, some of whom, get this, occasionally bend the rules. This is basically the TV embodiment of Andy McNab’s stubby erect penis.

Mad Men – was it the tale of one man slowly unravelling inside his suit, or of two women proving that their brains are even bigger than their whopping great norks? People in advertising now incorrectly assume we think their lives are like this.

The Killing – the sheer joy of saying the word ‘Troeeeeeels’ for as long as possible made up for the fact that you guessed the killer as soon as he walked into shot.

Shipwrecked – one of the greatest scenes in modern television history came when the young castaways, stranded on a hot island wearing shark tooth necklaces, called a group meeting to discuss whether they were having too many group meetings.

Blackadder – when it started out Blackadder was the stupid one and Baldrick was the brains. One deft character shift later and the rest is history. The last episode, at the Somme, is famously a bit sad.

Man vs Food – great show great show. After it finished host Adam Richman lost so much weight that it genuinely looked like he was going to whisper “man won” with his dying breath. Thankfully he’s still with us, and hopefully fat again.

Breaking Bad – Walter White gets gradually growlier, but the real star is the blue crystal meth, which absolutely flies off the shelves.

Masterchef Australia – once you’ve gone down under you’ll never want to go up and over again. Better cooks, prawns the size of sea monsters. Plus when they give the losers a little pep-talk about following their dreams and finding their bliss it’s impossible not to start weeping inconsolably.

Fargo – the movie was good, then the TV show wandered over with an even bigger willy, and the movie pulled its trousers up and shuffled off.

Lost – first series amazing, second series brilliant, third series oh right so are they not Lost then?, fourth series wait what? they’re in the future?, fifth series so is Sawyer good now? is it called Lost because I’m Lost? why is Hurley not funny?, where’s the smoke monster?, sixth series fuck this.

Fawlty Towers – greatest UK sitcom of all time. Or so you’ve been told. I don’t know, can someone get Twitter on the phone and ask how we should feel?

Spaced – greatest UK sitcom of all time… no wait, hang on, what?

King of the Rocket Men – for people of a certain age, morning TV wasn’t all lavish colours and strange camera angles, it was old black and white action adventures the likes of which would blow your mind. In this, the hero, dressed as Iron Man, would fly through the air, smash through a window, then punch someone in the face. It’s like life really.

Beverly Hills 90210 – don’t be an old lady and call it Beverly Hills Nine Thousand Two Hundred and Ten, that’s missing the point. This was telly for cool young renegades who speak their long numbers digit-by-digit and just don’t give a f… Wait, sorry, my producer’s in my ear… okay, so apparently it’s a postcode.

Roseanne – again, the question arises, can we separate the art from the artist? Yes, the answer is always yes. We’re not stupid and we’re not babies.

Spiral – the whole thing is in French, but after a while you won’t even notice. You’ll either be completely fluent or too busy reading the subtitles. Best crime drama of the last 200 years.

The A Team – BA refuses plane ride, accepts unexpected glass of milk, wakes up on plane, absolutely livid. Hang on a second, was it the milk? Did someone Cosby his milk?

The Word – The Word encapsulated everything that made the 1990s the 1990s. Courtney Love trouserless, Mark Lamarr shouting “come on then!” at Shabba Ranks, Oliver Read slurring something posh. Narrated by a Puckish Terry Christian.

Pop Idol – if you watch the early eps it looks like it’s taking place after hometime in a school gym. It was the show that taught us it’s okay to have a stutter so long as you can sing like Westlife.

Streetmate – Davina McCall forces people to admit they fancy each other. This was back when fancying people was like admitting you were a massive pussy.