Interestment’s 100 Greatest TV Shows of ALL TIME, Part One

To be clear, it’s in no particular order 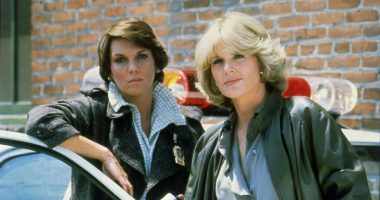 Seinfeld – best sitcom ever.  George, Elaine, Jerry, Kramer. Word to the wise, never google “what Kramer did next” unless you like the liberal shrieking of racial slurs with your morning muesli.

The Larry Sanders Show – aired directly after Seinfeld on BBC Two at 3.43am, Garry Shandling puts in one of the greatest comedy shifts of all time. As does the alleged sex pest Jeffrey Tambor (as Hank).

Cagney and Lacey – one maverick and one steady eddy, so far so ‘seen it’, but there’s a twist. These cops both have veejays and boobies. It’s called Feminism, baby, look it up in your dicktionary.

The Wire – one maverick and one steady eddy, both with standard issue willies in their underpants, so far so “yeah okay I get it”, but The Wire operates on a higher plane. A plane so high that you, nor anyone, truly understands it. It’s way up there, up with the sparrows, sitting on the phone lines, singing to the moon. There’s a sprawling cast of millions, mostly also with willies. But some without.

Da Ali G Show – a heightened Tim Westwood sits in front of a confused politician and builds up to saying “is it because I is black?” until it’s not funny anymore, which, for the sake of clarity, is never.

Miss Marple – bloody, grizzly murder follows Miss Marple like a lolloping tuba follows a fat guy. Poor dear never got around to solving the greatest mystery of all – love. Died a virgin.

Heartbreak High – some guy with a shark tooth necklace and a skateboard ramp in his house turns his soul inside out to show everyone that, underneath the eyebrow piercing, he just wants to be loved, and also shagged really well. The best Australian teen drama of all time.

Blind Date – originator of the euphemistic adage “shall I get a hat?” meaning “please can I come to your wedding please?”. Gets marked down for featuring too many old people (all of whom, when you think about it, are now dead).

Friends – people complain that, with its boot cut denim and large cappuccinos, Friends is dated, but you know what hasn’t dated? Ross going “ahhh urrgh urrgh FINE BY ME!”

Top of The Pops – great modern pop music introduced by a series of molesters and paedophiles. Only, you know, less sexy than that sounds.

Transparent – the most gripping dysfunctional family on TV, all struggling to define their sexuality by modern standards. There’s a good chance you’ll start questioning your own too. The alleged sex pest Jeffrey Tambor puts in the performance of his life.

The Simpsons – what started out as an afterthought on an unfunny sketch show, is now the funniest cartoon comedy ever known. And that includes Thundercats, which was, thinking about it, not a comedy.

The Sopranos – Gandolfini is the greatest breath-actor since Robert De Niro. If you want our verdict on the ending here it is: it was

Eastenders – it’s easy to underestimate a good soap, to think of it as throwaway trash. But Eastenders in the mid-90s, when Cindy was frying David Wick’s sausage in the back of Ian’s chippie, was basically Shakespeare.

Cheers – we’re currently embarking on a Cheers marathon from start to finish, and can confirm that it might be the best sitcom of all time. The fizz between ole man Danson and Shelley Long’s Diane will blow your nutsack clean off. True story.

High Maintenance – New York vignettes about a weed dealer and his unusual clientele. Yes, it’s as pretentious as instagramming your entire record collection, or riding a bike in your normal clothes, but so fucking what?

The Tube – everything 80s yoof wanted from a television program. Spotty bands, saucy It Girls, a host with a voice vaguely like a trumpet.

The Chart Show – the olden days equivalent of spending your whole Saturday morning watching Youtube. Only in this case, everything was a poorly conceived music video starring a drug addict.

The Apprentice – blokes smelling sweetly of radox shower gel, girls with freshly ironed hair, everyone with a VPL from their too-tight suits. Sexy TV at its sexiest.

Cover Up – why does no one ever remember this show? A fashion photographer and male model are secretly undercover vigilantes with revenge on their minds.

Tripods – a kid’s TV drama from back when it was okay to completely spook children, this was about the olde worlde being enslaved and branded by strange machines. Or something like that anyway, everyone was too stoned out of their goddamn minds to know what the hell was going on.

Horace and Pete – before his uncontrollable wanking habit took its toll and was officially exposed, Louis CK was making a cross between Cheers and Beckett. Can you separate the art from the artist? Yes. The answer to that question is always yes.

Friday Night Lights – on the packet this says it’s a “high school drama about an American Football team”, this can’t be any good can it? Wrong compadre. Way wrong. This might be the greatest TV show ever made, and we’re not even being ironic for once.