Here’s how to cover a classic song – by Tom Ollerton

There’s some real humdingers out there 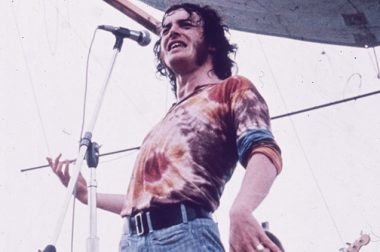 About once a month I get together with my old friend Louis Gill, drink Tyskie (his insistence) and listen to a compilation album. It’s no ordinary compilation. It’s an album of two halves made by each other simultaneously. But there’s rules. Ahead of meeting we agree a theme for the compilation. And on the night we bring 6 tracks. Then we take turns playing a tune. It’s a weird ritual. It’s like sharing what kind of xmas presents you got at school when you are back in Jan.

But really it’s an excuse to see each other, drink beer and talk about music.

This month’s challenge was to find 6 songs with the theme of “Covers of the Classics”. This may sound simple but there are some caveats.

When we say ‘Covers of the Classics’ we meant tunes that were classics in their own right and have been covered by another artist e.g With a Little Help From My Friends by Joe Cocker.

This is not to be confused with classic covers that are covers of a previously unknown tune e.g Hey Joe by Jimi Hendrix.

We also looked for songs that significantly reinterpreted a classic song, as opposed to doing a rendition of the original e.g Bridge Over Troubled Water by Roberta Flack.

We both independently took the decision to not include songs that were amusing or novelty such as Lay Lady Lay by Isaac Hayes.

Most importantly we attempted to find tunes that we didn’t think each other had heard and were not obvious staples e.g Stand By Me by John Lennon.

Here is the playlist:

Get Back – Doris Troy

Bang Bang (My Baby Shot Me Down) – Stevie Wonder

For What It’s Worth – The Staple Singers

Hard To Handle – The Black Crowes

Sunshine of Your Love – Ella Fitzgerald

A Change is Going to Come – Baby Huey

Now what did we miss?