The EIGHT Greatest Games Consoles OF ALL TIME 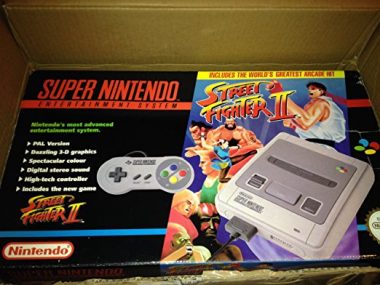 Okay look, you can probably count what I know about computer games on one hand, and much of this list comes from experiences that are so far back in the foggy mists that they might in fact be other people’s memories. But that’s not to say that I haven’t had some great times staring gormlessly at a screen. I have, I truly truly have. All I’m saying is that the chances of you catching me now, as a grown man, on a beanbag, wearing a headset and chatting to some 9-year-old kid on the other side of the world are roughly zero.

Anyway, without any further ado, here are the best ever consoles in order of YES PLEASE to SURE, OKAY

ZX Spectrum
If you showed the process of loading a ZX Spectrum game to one of these modern millennial guys they’d either punch you in the face and shout DON’T LIE TO ME or kiss you on the lips and whisper “take me to her”. But one thing’s for sure, nothing beats the anticipation of putting a tape cassette in, then waiting three whole days to be utterly shit at Daley Thompson’s Decathlon.

Sega Megadrive
These things were the talk of 1989/90 – was it pronounced “see-gah” or “say-ga” or possibly even “sai-gar”? We never did get to the bottom of that one, but I’ll tell you one thing for nothing – there’s not a hedgehog alive that’s a patch on Sonic the Hedgehog. That guy was fast as fuck.

Xbox 360
Back when I was the kind of journalist who meant something, laden with awards, wondering what to call my memoirs, I used to get sent all kinds of gubbins for free. In amongst that gubbins was an Xbox 360, and it was there I learned how to manage professional football teams.

Playstation 2
The world marked its unexpected emergence into a new millennium by mocking the Mayans with the introduction of a Playstation 2 – a sequel that even Nostradamus didn’t see coming. Among other things it taught children how to drive irresponsibly and how to use their stealth to murder people.

Gameboy
By far the best thing about the Gameboy was that everyone thought they were pocket calculators when they first came out, so your teachers would be all like “why can’t you be more like that nerdy guy over there doing maths?” not realising that he was busy posting a high score on Super Mario World. Geeks 1 – Teachers 0.

Donkey Kong
Remember Donkey Kong? It was the story of a gorilla moving very slowly across a screen for points, possibly to save a woman. Thing is, think about it – can you really trust a gorilla to look after a woman? This doesn’t seem very responsible. Even with your best gorilla on it, I’m still not sure it’s a good idea.