#1 How these movies crippled society 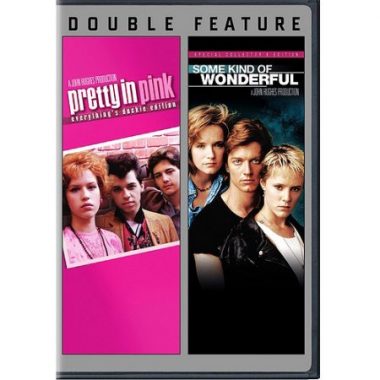 I’m having to sleep train a toddler at the moment, which is a long laborious process that finds me lying awake in the middle of the night, accompanied only by the silent murmur of my own thoughts. And the frenzied shrieking sounds of a 2-year-old coming from the room next door. Needless to say it’s often when I have my weirdest ideas.

Unfortunately my current ‘night time idea’/’actual commission’ ratio sits at around 432/0, but that’s not to say they’re not amazing (although I can see how it could very strongly suggest it). Anyway, instead of shouting these unique thoughts into the abyss and watching them drift away into outer space, untouched by human glare, unfettered by the noise of your guttural laughter, spared your handclapped approval, I thought I’d set up “The Graveyard of Amazing/Shit Ideas”, where we can all pay sweet homage to the ones that never made it (because they might be a bit shit).

This from very recently:

THE IDEA: How the movies Pretty In Pink and Some Kind of Wonderful ultimately destroyed society

THE PITCH: Men are having a mass identity breakdown, a crisis – misrepresented globally, struggling with the shackles of old fashioned notions. Depression, stress, suicide etc. Women, meanwhile, are still fighting the ridiculous fight, having to push for genuine equality. But this isn’t a new thing. NO, it’s over 30 years old! You can trace it back to when a test cinema audience in 1984/5 balked at the original ending of Pretty In Pink (John Hughes prom-date rom-com) and had the whole thing flipped.

In the original ending, quirky, Beta/Gamma Male Duckie sees his unrequited love finally requited when his flame-haired bff Molly Ringwald rejects apple-cheeked Alpha Male Blaine in favour of the duckman’s sticky webbed feet. Only the audience watching went absolutely fucking nuts, they weren’t having it, they were livid and demanded a recount – it all felt too women’s lib, too ban the bomb, too Labour party – so in the end they relented and redrafted the whole thing to leave the Duckmeister looking on through a waterfall of tears while Blaine essentially fingers the girl he would die for. And the credits rolled.

This grave injustice was further magnified just a couple of years later with the release of another John Hughes movie, Some Kind of Wonderful, which is essentially the same tale but in gender-reverse. Poor ginger guy (Eric Stoltz) from the wrong side of the tracks gets it on with the most popular girl at school, while his best female friend stares at him, heart pounding, eyes sherry-glazed. But guess what? He chooses his homely best pal in the end. What’s the message here? I’ll tell you what it is – it’s that society demands that powerful rich men will always win, and that powerful popular girls will always be undermined. No wonder we’ve got it all wonky.