Including this work of utter genius 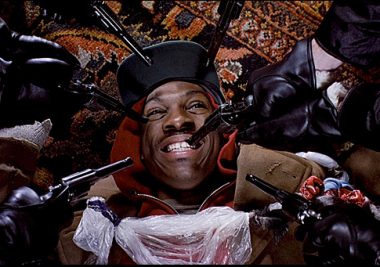 The so-called (and coincidentally, the actually-called) “Academy” loves to give out Oscars to actors and actresses, to bequeath their own with riches and adornments, to salute grown-ups playing “pretend” for months on end, but do they always get it right? That’s a question as old as the wind and no one will ever know for sure – but below you will find some sort of closure on the topic, as Interestment has hosted its own fantasy Oscars to honour some truly wonderful acting performances, most of which were criminally overlooked.

Did we get it right?

You can make your own suggestions in the comments area.

Ridiculously, only one of these standout male acting performances got the vague nod of approval from the academy at the time, and that was Travolta, nominated for his turn as a troubled disco king in Saturday Night Fever. It’s by far his greatest ever performance, but loses out yet again by a whisker. Of the others, Matt Dillon is pure teenage menace and bravado in Rumblefish, Walken does his most over-the-top Christopher Walken impression in King of New York, and Keith Carradine plays it cool in Southern Comfort (which just keeps Chevy Chase in Fletch off the list). But, really, this one was a no-contest. Eddie Murphy, Trading Places – best comedy performance by anyone ever.

An over-indulgent academy could have gone for a Kathleen Turner clean sweep here, with her work in The Man With Two Brains, Romancing the Stone, Serial Mom, and as the iconic voice of Jessica Rabbit all straining at the bit to be included. But it was impossible to ignore some strong challenges from elsewhere in the sisterhood, with Arquette (Patricia) playing the dream wife in True Romance, Pam Grier finally enjoying top Hollywood billing in Jackie Brown, and her royal highness Sigourney Weaver playing one of the all-time great action heroes in Alien. But Turner gets it for Body Heat – great movie, great gal.

To reiterate what happened here – Princess Leia said “I love you”, Han Solo said “I know”. It’s probably the most astonishingly masculine thing anyone has ever done, just saying some arrogant bullshit and totally leaving a princess (A PRINCESS) right out there with her norks hanging in the wind. There are equally cocksure performances from Judd Nelson (as a high school renegade who is so badass that he still turns up to Saturday detention) and Patrick Swayze (in the surfing bank robber role he was born to play). Dennis Hopper is at his most “on drugs” in Apocalypse Now, but John Candy is just too good in Planes, Trains & Automobiles – it’s genuinely the most moving performances you will ever see.

Hollywood isn’t exactly brimming with great leading roles for women, so oftentimes you’ll be left rooting around the Supporting Actress category to find the real stars of the show.  There are some humdingers on this list, a couple from gals who got their statuettes for lesser work. Foster was great in Bugsy Malone (and Taxi Driver), Diane Lane was the rose between about a thousand Brat Pack sausages in The Outsiders, Rosie Perez did a pitch perfect Rosie Perez impersonation in Spike Lee’s best, and Anjelica Huston in Crimes and Misdemeanours was brilliant. But Lea Thompson, playing Marty McFly’s mum, was untouchable in all of the Back to the Future movies. Very underrated.

THE WINNER – Lea Thompson, Back to The Future