What would you have in yours? 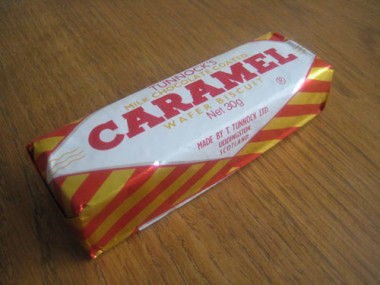 The science of a biscuit tin is a complex one, it’s not just a case of selecting your favourite biscuits and chucking them all in and having a great time. There has to be subtlety, variety, complimentary flavour combinations and a choice of textures. You need to think long term – anything with icing or chocolate on it could destroy the harmony of the whole collection, they might get sticky or melt. There’s a “no fresh cream” rule, and you should also avoid anything bland like a Rich Tea or a Garibaldi, because, despite their occasional worth, there’s nothing worse than the sadness etched on someone’s face after a disappointing lucky dip. Everything has to be a winner, everything has to be sweet and delicious. So with all of that information now bobbing around your head like a limbless man in the middle of the ocean, let’s compile the ultimate tin, which should ideally consist of five strong choices…

Wagon Wheels – hang on, didn’t someone say no chocolate? Well spotted, but there’s the twist in this tale: it doesn’t matter if it comes in a wrapper. That makes it disaster-proof, and anyone who has enjoyed a few wonderful moments feasting on these chocolate biscuits with marshmallow in the middle will attest to two things. 1. That they have seemingly nothing to do with the Wild West. And 2. They’re bloody good.

Shortbread – in amongst the wonderful Scottish exports like Rod Stewart, porridge, Kenny Daglish, Orange Juice and the seventh best James Bond, Sean Connery, are these simple biscuits. Made from a secret recipe of flour, butter, eggs, watercress, oats, star anise, nutmeg, garlic salt and raw onion, they taste other worldly, and go particularly well with a hot cup of tea with milk in it.

Custard Creams – look I don’t make the rules, and according to the rulebook there are two rules of Biscuit Tin Club. The first one is a secret, the second one is also a secret, and then the third one is that you have to include custard creams. They have everything you’d want and expect, including some wonderful sculpture work on the biscuit itself, which, if placed upright next to an ant, would make it look like St Peters or the Sistine Chapel. Now collapse it onto a gaggle of ants and you’ve literally just recreated the fall of Ancient Rome.

Tunnock’s Caramel Wafer Bars – with their red and gold foil wrappers, these look like the kind of thing you’d have stashed away with your gas mask to comfort you during an air raid. The five layers of wafer combining with four layers of strong, sticky caramel to distract you from any dark thoughts about a life spent on bended knee, toiling at the repugnant whim of Mr Hitler. Well we all know what happened there. America got involved and whupped his ass.

Orange Club – the final spot in this illustrious quintet was always going to be hard fought, and it was. As everyone knows, the plain digestive is the best, most versatile, biscuit of all time, but it doesn’t lend itself well to a tin situation – it doesn’t mingle well with others, it creates a tense atmosphere. Hob Nobs have a similar attitude problem, and with Nice biscuits, you’ve got sugar, you’re risking sticky fingers. So in the end there could only be one winner…. And it was Orange Clubs (in case you couldn’t see the massive clue in bold at the beginning of this paragraph).