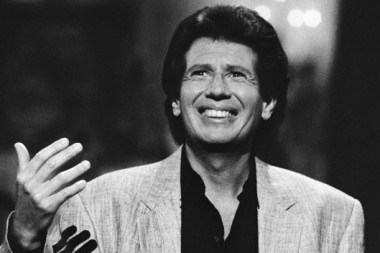 One of my favourite things about Interestment is that, in the seven or so years it’s been going, it veers away from anything topical. It runs in parallel to the world but rarely dips into it, which is why gigantic shifts in society or the turning of political tides have always been blissfully ignored while someone talks about the best pies you should be eating, or about a wicked record that everyone’s forgotten. But once in a while you have to let real life in, as is happening now – with the growing list of innovators falling foul of death’s cold hand in 2016, we had to say SOMETHING. It’s just March and already we’ve bid farewell to Rickman, Bowie, Vanity from Vanity 6, Maurice White from Earth Wind and Fire, Paul Kantner from Jefferson Airplane, Johan Cruyff, and now the man behind what is officially Interestment’s third favourite sitcom of all time (and our NUMBER ONE “Larry”). Garry Shandling has allowed us to very reluctantly flip, and it’s a shame because he’s a comedy god who was responsible for one of the greatest long forgotten BBC one-twos of all time, when they decided to randomly air Seinfeld and The Larry Sanders Show in whatever late night slot they could muster on BBC2. For those clued up on the genius of these shows, it was VHS heaven, so fair to say, ole Garry had a big influence on all things Interestment. RIP.

Watch him on Comedians in Cars Getting Coffee.