Ah great, thanks for the downgrade, dad 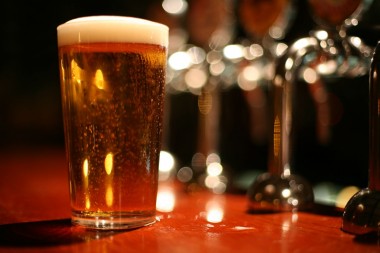 You always want the best for your children. I know this because it’s been my mum’s mantra for as long as I can remember, the sentiment always good, the intonation in her voice occasionally changing it into a veiled threat. Now I’m a parent, and I want the best for my children too. Sometimes that might mean getting them a cool pair of trousers, most often it’ll mean me badgering them to work harder, or hounding them to star in a school play they don’t want to be in.

That’s what parents do, isn’t it? We look to fix the blips from our own childhood, we raise our kids to be everything we weren’t, or to have everything we didn’t. In my family, both of my grandmothers were one of numerous children, so they understandably created smaller, happy homes, where they could provide simple, happy lives for their families. Essentially, an upgrade. Likewise, my parents then came of age, and they too decided to upgrade – they embarked on a voyage to work super hard and they wanted the best for their children, they wanted avocado pears in the fruit bowl, at one point I had clarinet lessons.

Now it’s my turn to pick up the baton, to continue this family tradition of attempting to upgrade my life for the next generation, and as an evolutionary tale, humans have generally done excellently at this – emerging from the swamps, surviving plagues, building homes and communities, creating opportunities. Unfortunately fate has dealt me a faulty hand in that respect, and it’s now my duty to take this impressive upward trajectory and to draw a massive cartoon cock on it, to take a beautifully symmetrical pattern and destroy it with one fell swoop, to infuriate history by being the first in an long line of ancestors to somehow manage to downgrade for the next generation.

I’ve seen the future – I can’t afford a bigger house or better holidays, I won’t be swinging by a specialist music shop to pick up a clarinet. The Institute of Fiscal Studies did some rummaging last year, and discovered that my generation is set to go down in history as the guys who tried to inspire their kids despite being in the grips of an embarrassingly overt devolution. According to the report, we’re all going to earn less than our parents, we’re not going to laugh condescendingly at their tiny mansions, all of our dead relatives are going to look down on us from the afterlife with a mixture of bewilderment and sadistic glee, as we attempt to ascend snowy slopes in mini skirts and clunky rollerskates.

So the role of the parent looks set to be even more vocational than we first thought. Where I continue to be a son in need of parenting even as 40 looms on the horizon – requiring help with a deposit on a house, returning home cap-in-hand to ask for money for nursery fees – likewise my little ray of sunshine will probably need his dad long past the days when he can legally buy me a pint of Amstel in the local pub. But all the while one nugget will surely stay the same – you’ll always want the best for your children. Hence why we’re drinking Amstel.

THIS WHOLE THING’S AN ADVERT FOR AMSTEL (not really)