We lost some good men 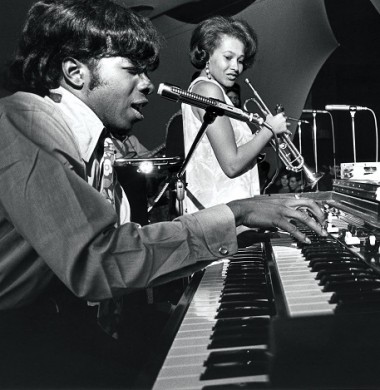 As seems to be the case every year, lots of people die. This year in particular has seen numerous go in the most pointless and unnecessary ways possible, ways that should really be avoided and hopefully will be in the future. In amongst those who have died there have been a spattering of entertainers – who, it must be stressed, are no more or less important than anyone else, but did ply their wares in a sphere that appealed to the greater masses. One day it will be the turn of the butchers, the bakers and the candlestick makers to have their glare beneath the spotlight, but for now society has taken the musicians or television presenters or movie stars, or great athletes or clever writers of words to be the people of real importance, and a lot has already been said about big names who have breathed their last over the past twelve months. As has become tradition, Interestment likes to doff a cap to absolutely everyone who hasn’t made it, but of all of them, and in amongst the Cristopher Lees, Leonard Nimoys, BB Kings, Percy Sledges, Jimmy Hills, Brian Sewells and Jackie Collinses, are these ten, who all really hit like a breeze block in the ole dick…

Rico was a great ska trombonist with The Specials. He also liked to blow his horn in the background while Jools Holland took his piano for a walk around the park, then to the shops, then along the side of a dual carriageway during his notorious hootenanny shows. RIP Rico.

Most famous for Stand By Me which was subsequently covered by Otis Redding and John “I’m in The Beatles” Lennon, his less celebrated soul gems like Street Tough and Spoiled are regular visitors to the Interestment record player. RIP Ben E.

There is currently an amazing horn section assembling in the clouds somewhere, with Rico joined by Cynthia the trumpet goddess from Sly and The Family Stone. She also played with legendary funk confusionists like Funkadelic and Graham Central Station. RIP Cynthia.

When I’m at my most middle class, I’ve been known to jerk a chicken while listening to The Shape of Jazz to Come by Ornette Coleman, which is widely regarded as one of the greatest records ever made. Just don’t try jogging to it, it’s bloody impossible. RIP Ornette.

Cher, Madonna, Prince, Bono, Sting. All famous people who were born with just one name, and while they continue to sing mermaid songs from the stars, one of theirs has gone to a better place. Lemmy, lead singer of Motorhead, proud owner of a gigantic facial growth, reportedly one of the loveliest rock stars ever to stand with his feet nine metres apart. RIP Lemmy.

The three-ponged 1990s entertainment attack of Baywatch, Gladiators, and Blind Date hasn’t been bettered, even by Messi, Neymar, and Suarez of the current Barcelona side. Cilla Black, despite sounding like Cynthia Robinson’s trumpet when she spoke, was the Messi of that particular line up. A lovely woman. RIP Cilla.

The co-creator of The Simpsons, while the yellow stars of his brainchild will never grow old, unfortunately Sam did. He grew both old and ill and left for the big Springfield in the sky earlier this year. He leaves behind him one of the greatest TV shows ever made. Not bad going, Sam. RIP.

If you could take everything that encapsulated the 1980s and make them into one enormous person, you’d basically end up with an accurate approximation of Steve Strange. He had it all – links with Malcolm McLaren, David Bowie, Boy George, a synthpop group, a muddled sexuality, big New Romantic credentials, an outlandish wardrobe, a massive heroin problem. One of the era’s finest, RIP Dr Strange.

Not only did Wes manage to create an entire horror genre with his Nightmare of Elm Street movies, he then invented another one with his Scream series which was basically a post-modern pastiche of the first one. To put this in perspective, I haven’t even created one genre of anything ever. RIP Wes.

Gladys Knight is undoubtedly one of the greatest soul singers of all time, but what made her even more dynamic were the three guys behind her –  The Pips. One of whom popped off just a day before Christmas. You could say he left on the Midnight Train to Georgia. But in this case Georgia is an endless oblivion. RIP William.