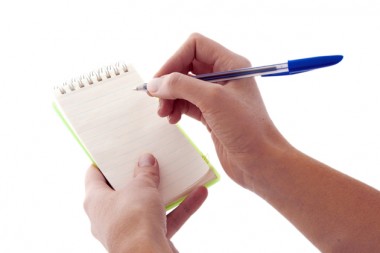 It’s weird, it’s been almost twenty years since I first had a feature published in a magazine and I’ve still not quite made it as a writer in the way I hoped I would, and for a number of reasons. Firstly, the medium has changed beyond recognition over the last few years. Secondly, the way I hoped I would involved massive decrepit houses and weekly columns and me being fed drugs by concubines. Thirdly, planets don’t always align like that and I may have been equating success to the fate of Colonel Kurtz in Apocalypse Now. Fourthly, I’m not as good as I think I am. Fifthly, sometimes when I’m alone and naked I read my old pieces and think I’ve regressed. And sixthly. There is no sixthly. I just wanted you to say sixthly in your head so you could see how much it sounds like someone with a really bad speech impediment trying to say “sexy”.

But let’s rollerskate backwards for a minute and return to the first point about the changing nature of it all. Times have shifted so much and we consume information in a way that would have been inconceivable when I started out in 1999. Back then a hilarious picture of a goat smoking a pipe (whaaat?? HOW??) could be sat on for weeks before finding its audience, now it’s around the internet like wildfire in seconds and if you flag it up a day late you look out of touch. This kind of applies to writing too, the urgency to be current means we’re churning stuff out and forgetting it almost instantly, editing as we go – it’s become so disposable and reactionary that it often feels manufactured. A beloved cultural figure might die and the usual writers will wade in speaking of “importance” and “inspiration” and “tragedy”, you’ll see nine separate pieces that very day then five minutes later everyone’s back to tweeting about a pipe smoking goat (“ha ha what is this SHERLOCK GOAT??”). Even our emotions are sound bites, nothing has time to breathe, nothing is fully considered. That’s because it used to take ages to see your words published, you’d write something then wait for days or even weeks (sometimes MONTHS!) to see it in its intended form. Now it’s up in hours and gone minutes later, but if you don’t get there first someone else will and then it’s passed you by. Being a writer is now a bit like being a racehorse – constantly ready, primed, aware of the other racehorses around you, the threat of being taken aside and shot hanging over you, a HUGE penis hanging under you, really long face, big teeth, incoherent much of the time…

I’m as guilty as anyone of all of these things. Twitter has made me all too aware of my place on the writing ladder and like everyone else I crave immediate applause and reassurance that my massive house with the drugs concubine may come eventually. The problem is that we know what works, we know what doesn’t, and there’s this vast grey landscape in the middle where editors fear to tread, they don’t have the patience to try new directions because it isn’t really about that anymore – I guess the point I’m labouring towards is that writing has never been more challenging in some ways, and yet easier in others. If you apply yourself and you’re half-decent there’s a good chance that you’ll see your work in print at some point because there are so many outlets, the downside being that publications tend to be more interested in hits and figures and being reactionary and current than bothering much with the words you’re writing or how they’re configured, or worse still, how you really feel about the topic. I know places (lots of places) who now hire writers dependent not on their ability or their style but on their “reach” – how many Twitter followers they have, how socially agile they are. Some turn out to be great, some less great, but the landscape is entirely different to how it was – when I started out really good writers stood out because their capacity for wit tended to operate in exact contrast to their social certainty, so the new world is definitely a brave one, populated by funny, confident, great looking people who have it all in spades and wear their influences proudly… and it’s for that precise reason I worry that everything might end up a bit samey, soooo FOR THE GOOD OF MANKIND (capitals courtesy of Caitlin Moran) I thought I’d take it upon myself to jot down some simple challenges for current writers to try out – myself included. A few nudges to keep us all from slipping into bad habits and drowning in a sea of same-same-but-different. I’m really going to try to adhere to them… but let’s be honest, I probably won’t… not when there’s a TOP TEN to painstakingly curate for no apparent reason….

Let’s try to do FEWER lists – practically every writer on the planet now works for Buzzfeed in some capacity, and Buzzfeed have created a worldwide obsession with LISTS, which isn’t necessarily a bad thing, but does seem a little bit lazy. Some of you may have noticed that Interestment was peddling lists back in 2009 before they were even cool (although a quick glance at Google Analytics tells me that most of you didn’t), but the reason for that is simple – I actually am lazy, and I’m totally obsessed by what the BEST things are. And yes, I recognise the irony of me currently writing a list. I’m actually being post-ironic and I’m even wearing shorts and a jumper to prove it.

Avoid cheap shots or easy targets – all too often I’ll read a funny celebrity showbusiness piece on Vice, or on a hipster blog, or occasionally in the backwaters of a broadsheet’s website, and while the laughs emanating from my nose are genuine enough, so is the sad sinking feeling in my heart that’s telling me these unattractive snorts were cruel, easy-to-come-by laughs, often aimed at the same targets who have been getting it in the neck for years. So let’s go for less sneer, more joy, and if you’re taking someone down with your witty prose make sure it’s someone who doesn’t resemble a massive salmon bobbing in a beer barrel.

No more Brookers or Morans – this is something I’m attempting to iron out from my own self-indulgent meandering “think pieces” and it’ll probably never go away, but it’s our propensity to veer into poor man’s Charlie Brooker or Caitlin Moran territory – they are the contemporary and distinguishable voices that seem to have inspired a whole generation of writers, but their schtick is their schtick, and it’s great but it’s been done to death now – most of the fertile observational terrain to send up with arched eyebrows or ironic wit has already been excavated to the point of becoming mainstream (oh God NO!), and it’s important to hear more new individual voices, preferably doffing a cap but not totally aping their forefathers.

Say something unexpected or new – a lot of the time when I write it’s like I’m holding my breath a bit, inching nervously towards the point I want to make, forever gauging the reaction to see that I’m moving in the right direction in terms of being validated by people’s approval. But that surely defeats the object of writing anything at all, the challenge is to trust your own judgment and to rely on your own instincts and to express a new outlook. Literally yesterday I read the umpteeth piece about the beauty of vinyl records – I’ve written a fair few of those myself over the years – and while it was snuggly and engaging I found myself yearning for a different outcome for once, I wanted someone to say you know what, records are okay but they’re cumbersome, the crackly sound when you put them on probably means they’re broken so let’s all go wild for iPhones. Arrive at the table with something new, open up discussions with your interesting opinions. Don’t say what has already been said.

BUT be completely truthful – because you can always tell when a writer is lying. Or can you?

But seriously, you can.