Interestment champions shy people, and here are 10 famous ones! 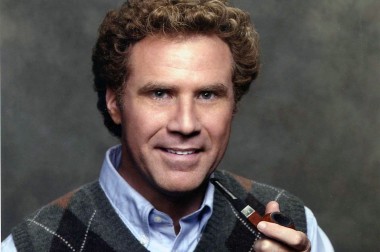 For some daft reason the world seems to think that we should all be outspoken and confident and happy to deliver long rousing speeches to strangers without losing our Ready Brek glow. There’s little patience for shyness, little room for introspection, a lack of chest-beating has been incorrectly diagnosed as a weakness. It’s ridiculous – we all know that most loud people are awful. I’m a relatively noisy guy, but I’m from a long line of super-sensitive introverts so I’m also a fully paid up member of the Shy People Appreciation Society – a lifetime of research tells me that the funniest people at parties are always found on the outer tables, and that softer voices often have more to say – hence I thought I’d celebrate some famous shy people who made it against the odds…

Albert Einstein – apparently the great genius of our time could barely muster eye contact in his younger years, which is finally the proof I need for my own hypothetical thesis about how being really interesting is inversely proportional to wanting to do karaoke.

Steven Spielberg – if the meek film director Steven Spielberg had let the overbearing Hollywood verbal diarrhoea cocaine brigade pop his balloon, chances are the world would never have seen Jaws, ET, Schindler’s List, Saving Private Ryan and, god forbid, Shaving Ryan’s Privates. How would we ever know who took Ryan’s pubes off?

Richard Branson – now so rich that he owns his own desert island, before the money could afford him a seat at the finest tables in the world, Branson was more than happy to book a quiet table-for-one in a corner of his own mind.

Marilyn Monroe – the very epitome of sexual breeziness, actually Marilyn Monroe was known to be deeply unsure of herself despite having great tits, and was so fragile that Elton John wrote a song about her equating her to a candle in the wind. It’s a strong metaphor, as is a sneeze in a rainstorm or a chocolate fireman or an anchovy in a tsunami.

Orville Wright – Orville and his brother Wilbur famously invented planes at a time when people were still gluing wings to bicycles or doing sketch drawings of increasingly large balloons. And yet despite his amazingness, Orville was too shy to talk about his invention in public, so left the talking to Wilbs (his browski).

Will Ferrell – his schtick is like taking a bus all the way through Funnyville, Ohio and straight into Shout City USA, but when he’s away from the spotlight apparently Will Ferrell talks with the gentle self-deprecating lilt of a shy cartoon cat asking a much more self-assured cartoon cat about his singles holiday in Jamaica.

King George VI – this guy’s shyness was such an affliction that his stutter was made into a movie, and the ripple effect that began with The King’s Speech ended with Musharaf from Educating Yorkshire learning to talk and me weeping tears of genuine elation.

Jimi Hendrix – in contrast to his confident stage shows that found him simulating sex with his guitars, Hendrix was known to spend his private life self-consciously draping himself on sofas wearing blouses, or twitching behind net curtains muttering to himself. A bit like a prototype Prince.

Harrison Ford – he’s fine throat-punching Nazis or sass-talking Jabba the Hut, but the word on the street is that if you invite Harrison Ford to your house to socialise, it won’t be Dr Jones who turns up, it’ll be Doctor Doolittle (in the way of talking).

J.D Salinger – beyond his wonderful books like The Catcher in the Rye (so much damn rye!) and Franny and Zooey it’s hard to know much about Jerome D Salinger, because he basically hid behind a tree not talking to anyone. Doctors have since diagnosed this behaviour as “being quite shy, but good at books”.