Yo yo, where my agnostics at?

Right, who’s up for talking about GOD? 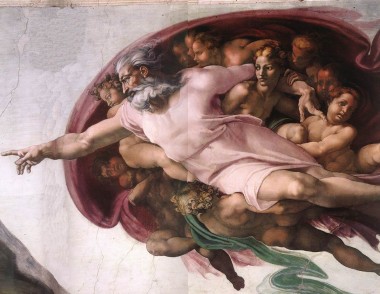 Right, hot potato time everyone, let’s talk about religion. It’s everywhere. The peaceful luvvie Stephen Fry called out GOD the other week challenging him to a fight such is his distain for the lord’s work, then there’s the countless grotesque acts of human hatred being carried out in the name of religion, it’s getting ridiculous. It’s time to get rational, to recognize this insanity for what it is – insanity. Hatred, perversion, psychosis. Surely there wasn’t any doctrine suggesting that we all start maiming and torturing each other, so rather than put ALL of this on a higher power, let’s channel Oprah and her psychobabble and OWN OUR OWN TRUTH. These horrible acts are carried out by flesh and blood mortal people who don’t have special powers and can’t communicate with the paranormal. People who are not divine, who were born as babies and began life untainted.

I’ve spent my life listening to other people extolling their views on God and religion or not-God and sod-religion, forever either explaining their faith or informing me that the whole thing is a farce, priests are child molesters, and if there is a Heaven where is it and what’s the postcode? To give you some background on me, I was taught by nuns when I was tiny, I was christened, first holy communioned, and then confirmed a Catholic, I think women should be priests, that all priests should be allowed to marry and have children, that gay guys and lesbian guys and transgender guys should all be granted the basic human right to declare their love to the world by getting hitched, there should be more condoms in Africa, I’ve got loads of Jewish pals (some really just Jew-ish), I’ve hung out with numerous Muslims, I’ve dated Buddhists, Sikhs, hardcore Atheists, prods, up to the present day which finds me married to the daughter of an Evangelical Anglican vicar. Hence I know all about religion and, quite sensibly, I’m Agnostic.

I accepted long ago that I JUST DON’T KNOW the answers. I barely know the questions. I’m happy for people to feel close to God, I’m also happy for people to not believe in God at all. I’m especially happy for the people in the middle who either practice or don’t, but like to do whatever they do in contemplative silence, who can handle other people having a different opinion to theirs without having to pass comment or judgment. That’s the main problem I have – that you only ever really hear two sides of the argument. From the Jesus Freaks who are all for it, and then from the noisy naysaying freaks who are dead against it. I’d much rather hear the softer more measured voice in the middle, the open-minded, kind-spirited, rational voice that allows people to think what they want to think or to feel what they want to feel. A voice that isn’t so conceited as to dictate how you should view your own place in the world. A relative of mine spent an evening over Christmas bemoaning religion because he didn’t know what to teach his children. I have a child now, I didn’t then, and my plan is to teach him to be kind, to teach him to be aware of history and culture and to know about religion and come to his own conclusions. My Catholic upbringing wasn’t lost on me. I took in the bits that made sense, the rights and the wrongs, and I have left behind the bits that didn’t sit well – the endless chanting and the guilt (God, the GUILT!). But while I choose not to join in I have nothing but love for other human beings who feel it works for them.

Stephen Fry’s anti-God internet rant came from a good place. What Fry said was bold, and logical and specific – there are unquestionable absurdities to the notion of a God and they’re there for everyone to see literally every day. War, rape, pilots being set on fire, FGM, AIDS, bad movies, Yewtree, The Sidebar of Shame. If people are to worship a higher power, if they choose to suspend their disbelief and follow a path, surely the key is to not take everything too literally? To read and study the history and paperwork and the bibles not so much as detailed accounts of things that happened, but as fables and metaphors, guidelines of how to be kind to people and how to become a better person. Let’s not forget that the principle message in nearly all religions is centred on peace – people just get caught up and wound up by the intricacies of dogma, which can lead to the double-absurdity of religious war, which finds people killing each other over disagreed titles for their peaceful symbolism. It’s like arguing about the colour of a jumper.

Right now, it doesn’t work for me – that’s not to say it never will, but for now there’s just something really reassuring about nothingness, about the idea that we’re just here muddling along. I’m totally fine with the people who feel liberated by not having religion in their life at all. But I’m also fine with the other people, to whom religion is a huge source of comfort and relief which takes them through upheaval, through grief, it brings them joy, protects them from sadness and aligns them with other like-minded folk, giving them a sense of community, allowing them a social life. Is that such a bad thing? Do we really need to prick pins into that and to prove somehow that nothing matters?

The debates will correctly rage until the end of time, I just hope that we hear a bit more from the voices in the middle. I’m one of those voices. I think.