Including one by these guys… 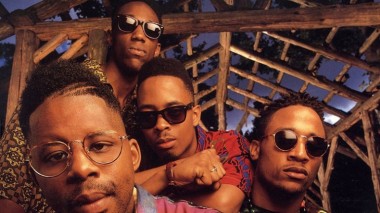 Do protest songs still happen? I’m not really down with what’s going on in music at the moment, but my hunch is that Rita Ora won’t be slamming her fist down and tackling terrorism head on, and you won’t get much in the way of political imagery from an Ed Sheeran ballad. Who else is a pop star at the moment? Rihanna? She might have a go at quelling the toxic waters of religious extremism, I don’t know. But the world is in a pretty crippling state and when religion starts seeping in to the areas of conflict that were traditionally reserved for oil and money and maniacs making unnecessary power moves to get an erection, you pretty much know we’re fucked. Really, we should all just get along, forget the intricacies of dogma and realise that we’re essentially striving for the same thing, which is to be happy and to be able to share things without becoming overcome with envy and an overwhelming sense of entitlement. Anyway, that’s the chin-stroky bit out of the way, this whole paragraph is just a big excuse for me to list ten brilliant and slightly lesser known or recognised political tracks – some focused on society, some on politicians, some on war, some on sadness. Feel free to add your own in the comments section…

Labelle – Something in the Air/The Revolution will not be Televised

The Natural Four – This Is What’s Happening Now