Hey everyone, here’s some things that make grown men CRY! 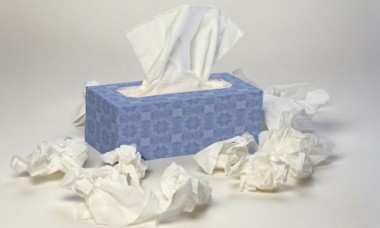 The road to enlightenment and true understanding can only be found if you peer inward into the fettered depths of your soul. Not my words. Actually they are my words. I just wrote them. But if you say them in an accurate (rather than really really racist) soft Chinese/American accent, they could easily be coming from the mouth of Charlie Chan, one of the truly great philosophers of our time. Anyway, when I’m not making up beautiful mantras for Oriental sleuths or hanging out on street corners doing elaborate tricks with my yo-yo, I like to excavate the fertile territory of WHAT IT TAKES TO BE A MAN, especially nowadays. Gone are the days when men were required to do little or no introspection, when it was all pints of “mild” and packets of Woodbines and sexual intercourse with strict “no eye contact” and “no silly noises” policies. Now we can literally shriek at the point of orgasm, take SELFIES of our own hairy hotdog legs on holiday, we’re even allowed to divulge information about our feelings. It’s so fucked up. Just last weekend, I bawled my eyes out the whole way through Pride – the movie about gays and miners (and lezzos) coming together (arf!) to fight for the greater good. And the week before that, I switched on a TV show about people with stutters and within less than a minute I was weeping on the floor because one of them couldn’t wander over and say hello to a stranger. In fact, just thinking about that stuttering Asian kid from Educating Yorkshire doing a speech in front of his whole school absolutely destroys me. Me – a man with a hairy face and big hands. A man with a deep gravelly voice and over-large nips. Hence I thought I’d ask other MEN what makes them cry, and then compile some kind of list. As I appear to be doing RIGHT NOW…

THINGS THAT MAKE ME AND OTHER MEN CRY

– When someone gets a standing ovation on the X Factor.

– The bit in the book ONE DAY where something suddenly happens and you’re all like WHAAAAAA???

– Grave of the Fireflies.

– “Sad films, onions, getting kicked in the knackers.”

– Wasted love, like the kind you’ll find in the book On Chesil Beach.

– “… watching the London marathon. The whole time I’m watching, which is a long time, it’s bubbling away in the form of a lump in the throat, an unexpected cracking of the voice, then suddenly it comes to the fore in the form of tears – horrible tears.”

– Dying animals – this possibly spans back to the childhood trauma of watching Bambi’s mum getting whacked.

– For some reason, Hoop Dreams. (no relation to the previous complaint)

– Noel’s Christmas Presents (apparently this is a program that features Noel Edmonds surprising people in a good way, rather than jumping out of a wardrobe shouting “IT’S ME! NOEL EDMONDS!”)

– Long Lost Family – a self-explanatory TV show about reuniting people. Who are, you know, LONG LOST. And FAMILY.

– “…any story of a beautiful and kind soul who is misunderstood by the world at their time of life, only to be celebrated after their death. They were never alive to witness the positive and healing effect they had on the people around them as their spirit lives on in their their legacy – like Van Gogh, Ghandi, Mozart – you know, that kind of shit.”

– A Neighbours wedding – as in the TV show, not just someone who lives next door getting married.

– Getting the old penis caught in your zipper.

– “… Cinematic Orchestra, missing my mum, a surprise cuddle or kind word from my No.1 son, Dangerous Liaisons (the book not the film), the end of Scrooged (Bill Murray version), kneeling on a Lego brick, violence against kids and the weak, New Year’s Eve, Christmas Eve. John Lewis adverts.”

– The ending of Butch Cassidy and The Sundance Kid

– Being overtired and listening to Man in the Mirror by Michael Jackson.

– And finally, THIS SONG