Hey guys, are we over-documenting STUFF? 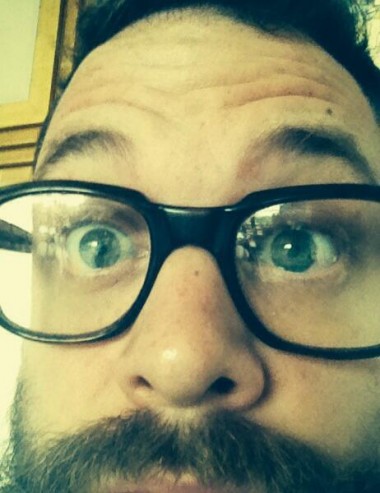 I’m hip, I’m not bothered by people taking pictures of their dinner or filming their groovy experiences at festivals, I don’t mind when they post their every waking thought on Twitter, because I’m guilty of that too and I’m a cool dude so it’s fine. It’s all just part of being a member of the human race in 2014. It’s nothing new to know that we’re all self-obsessed narcissists, we always have been but now it’s stark and out in the open like a once-proud, now naked, shivering and ashamed giant with a strange flaccid penis that looks like an large emptying balloon and balls like immense prize winning prunes. That poor giant. So exposed now.

God that’s a weird analogy. Anyway I’m not sure where any of this is going except to say that my problem with the over-documenting of our lives isn’t aimed at me or you, it’s reserved for my various thousands of children yet to be sired and how it will affect them. I’ve already left one seed in my wife, that’s due out in January, and who knows after that? How will their lives pan out?

I’m thinking about these kinds of things a lot at the moment. Impending fatherhood awaits me like Mike Tyson standing on a hill counting the minutes until he can punch me in the face, and it’s got me thinking. Thinking hard. I’ve been looking deep into my own soul and  gazing into my navel. I’ve thought about things like mortality in a way that I never have before. The thought of dying prematurely always seemed like a bit of a bummer, but now it wouldn’t just leave me floating in a sea of nothingness, it would really upset a child. I can’t have that. I’m cycling more cautiously, I look before I cross the road, every day I walk past groups of grizzly school kids and I implore them with my eyes not to stab me. So far they’re managed to restrain themselves.

But more than anything, I’ve been stroking my stupid hipster beard and wondering how my little ones will be affected by the relentless documentation of everything we ever do that seems to be all the rage. If I look at my own childhood, it exists solely in the form of blurred memories and a handful of snaps taken on old cameras that required expensive films, limiting the number of photos you could take. Over the course of a year I might feature in twenty or thirty pictures, and once you’d got rid of the ones where my eyes were red with the blood of Satan or the ones that were totally out of focus, you’d be left with fewer than ten half-decent shots. That means my entire childhood and young adulthood has been compressed into around 200-250 photographs, all of which I know by heart.

I look at them and they press a button in my mind that opens the floodgates to childhood memories. Occasionally I might go somewhere and smell something familiar – usually Deep Heat in a gym changing room, or an ex-girlfriend’s perfume, or occasionally it might be dogshit or another person’s putrid guts – and that will take me down another offshoot of Memory Lane and I’ll recall another part of my life that had been confined to the old filing cabinets right at the back of my brain next to Maths and Sexual Humiliation.

But my point is that I can look over pretty much my whole early life in an hour if I want to. Some of it is forever lost in the murky backwaters, some moments come back to me like little trinkets out of the blue to surprise me. But the new generation will have their entire existence strewn out in front of them in forensic detail. Thousands and thousands of photographs mapping their progress with a microscopic eye, video clips, status updates and Twitter feeds, every whim or fashion mistake archived on a social network channel somewhere. Their place in the world will be writ large before them at all times – no room for anonymity, or for people to wonder how they might be getting on, because they’re just a click of a button away. Memories will be so tangible that it’s impossible to warp and recast reality and see it through technicolour spectacles

I can’t help but feel sad about this. The beauty of memory is that it can be selective and we can compile our own Big Brother Best Bits and banish the rest. And that is why I’m going to home-school my children and put a ban on computers, television, pop music, dancing, Class A drugs and fizzy drinks. Or not. I don’t know. Perhaps I’ll allow them the Class As.