10 TV SHows, Movies and books that definitely drew a cartoon cock on it 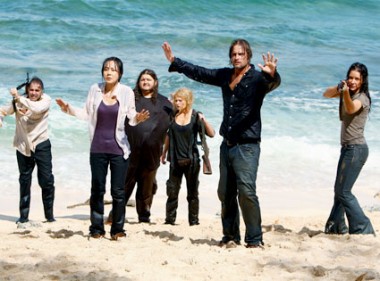 Earlier in the week I went into great self-indulgent detail about a new saying that’s sweeping the nation (my house) – “drawing a cartoon cock on it”. The short explanation is that it represents books or movies or TV shows that end badly, as if all of the craftsmanship on display throughout is suddenly lost in a blind panic right at the end. Here are ten extreme offenders, please feel free to include your own ones in the comments bit…

True Detective (TV SHOW) – this was truly heartbreaking and I’m not sure I’ve recovered yet, but for nine episodes it had everything – intrigue, cool music, occasional boobs, Woody Harrelson and Matthew McConauconaghey bromantically yinning and yanging back and forth. Then right at the end someone tagged a horse’s cock on it and ran off giggling.

Alice in Wonderland (BOOK) – the first in a long line of cheeky cop outs in fiction, one of the most celebrated books of all time ends with Alice waking up, scratching her balls and going “fucking hell man, I just had the weirdest dream”.

Lord of the Rings: The Return of The King (MOVIE) – I went along to see this at the cinema full of excitement and coca-cola, convinced that Peter Jackson was going to take his masterpiece to an Everest peak of storytelling sophistication. Six hours later I was wondering why it had kept not-quite-ending for at least two hours. GET ON WITH IT JACKSON! I yelled, now numb to Frodo’s angst.

Seinfeld (TV SHOW) – it’s a tough one to admit, it cuts me deep, because Seinfeld is my favourite TV show of all time, but facts are facts, it ended really badly with possibly the worst two episodes of any show ever. I’m still convinced that Larry David stenciled on a cock for a laugh.

The Goldfinch (BOOK) – the most talked-about book of the last twelve months, I have yet to get cracking with this one and may now skip it altogether. My beautiful wife read it in between our marathon sex sessions on mountain tops, and she adored it right up until the final few pages, at which point she says it veers left and becomes completely pony. Her words. Pony.

Super Mario ANYTHING (COMPUTER GAME) – I’m no computer game aficionado, but I can’t imagine any of them end with a great deal of job satisfaction. Super Mario victories have always felt very hollow to me, even after completely spaffing on Rainbow Road.

Planet of The Apes from 2001 (MOVIE) – the original version ends brilliantly with Charlton Heston dropping to his knees in front of the Statue of Liberty and shouting YOU STUPID FUCKS at the human race. This one finds Mark Wahlberg staring with his mouth open at a monkey statue of Abraham Lincoln, scratching his head. There’s absolutely no explanation for this, it doesn’t make any sense.

Battlestar Gallactica (TV SHOW) – I’ve never actually seen this show, but from what I’ve heard it was mainly about spaceships, hot alien chicks and intergalactic allegories. According to my big brother Dan the ending was a massive pile of shit.

Return of The Jedi (MOVIE) – forget the prequels that punctured a million hearts, the real cock punch came when Vader’s helmet was removed to reveal a big smiling baby and then lots of Ewoks started doing the lambada.