Hey movies and TV shows, don’t draw a cartoon cock on it!

Interesting headline, but what does it mean? Read on and find out! 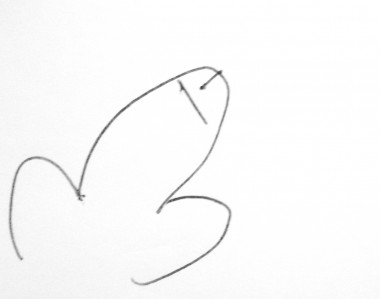 My dream ever since I was a young lad was to one day have my own little phrase incorporated into common vernacular, nothing snazzy, just something coined by me. I wanted to come up with something like THE CAT THAT GOT THE CREAM or JUMPING THE SHARK and now eventually I’ve settled on DRAWING A CARTOON COCK ON IT. In time this will come to mean a TV show, or a movie, or a book where the ending feels out of kilter with all that had gone before it, almost as if someone has scribbled a big jizzing penis on it for no apparent reason.

If you’d indulge me, I shall quickly explain the origin of this exciting new expression, everything will become clear, and then we can all start saying it pretty much constantly and I’ll be all like I DID THAT.

You’ll need to journey back in your mind’s eye to around 1992. Bassomatic were cooler than an ice cream sandwich, I wore lots of hippy necklaces called love beads, and I was studying to do an Art GCSE for which I eventually got a C grade which might give you some idea of how shit at art I was. Most of my time was spent trying to draw bottles but making them look more like lava lamps, or attempting to paint hills but again managing a vague approximation of lava lamps. Stupidly I never thought to do a study of lava lamps.

Anyway one massive plus of doing Art GCSE was that we occasionally had Life Drawing sessions. On a good day this meant that a relatively hot red head with big tits would arrive naked and I’d surreptitiously study at her vagina for a couple of hours with my pencil shaking on a bit of paper. But normally we’d get a skinny guy with a mount everest of pubes and a real life penis oozing out of them like a badly made sausage resting on a blacksmith’s apron.

We’d start drawing, and all of the better artists would create beautiful and intricate interpretations of the subject, his face detailed to perfection, every strand of hair catered for, they’d say things like “chiaroscuro” to each other, their charcoal shading of his torso would be reminiscent of Michelangelo’s great Renaissance sketches. It would be a joy to behold, but there would always be five minutes to go and a blank space where his hairy flaccid dick should be. Our teacher would circulate the class, he’d snort suppressed laughter as he passed my picture of lava lamp, he’d approach the more gifted students and point out that they still had one fairly obvious appendage to include.

And with that they’d draw a big cartoon cock and be done with it!

Some recent examples of cartoon cocks being drawn on things right at the end include: True Detective, The Goldfinch, and The Bridge.

EG: “Hey man, did you see True Detective last night? I can’t believe they drew a cartoon cock on it!”

Any more for any more? This may become a regular feature of the site…