Why Fletch is definitely the greatest movie of all time

There he is, being all cool and groovy 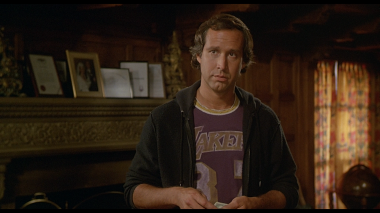 I have, however, seen Fletch, and I’ve seen it umpteen times. The first time I saw Fletch I was probably about 10 or 11 – I smoked like a chimney, I had the fluffiest hair for miles, and I went to the video shop down the road to see what they had in. As it happens they had City Heat starring Clint Eastwood and Burt Reynolds but I’d already seen that about three times, I didn’t fancy watching Best Defense with Eddie Murphy again, and I was clearly far too young and polo necky for something as brutish as Conan the Destroyer. The other choice was A Letter to Brezhnev and that just looked plain shit. So I was left clutching a big cumbersome plastic box, reading aloud the word Fletch, and wondering who he was and what he might want?

I looked to my mum. “My interest has been piqued,” I said thrusting the video into the precious old dear’s hands and shooing her in the direction of the nerd at the counter who was probably watching Women in Cages or Beyond the Valley of the Dolls and making notes for a post-modern pastiche called Dolls in Valleys.

We got home. I poured myself a large glass of Robinsons Barley Water, I lay three or four Opal Fruits on the gorgeous coffee table in front of me which was so stylish it could have been straight from the pages of Woman’s Own. I rewound the tape for a good few minutes because the last prick to rent Fletch clearly hadn’t read the fax about being sure to rewind the tape once you’ve finished watching the credits.

So eventually it began. It featured the hot synth sound of the time, I loved the track 19 by Paul Hardcastle and this sounded like it could have been fingered from the same keyboard. I was hooked immediately – there was a snappy voiceover to save me figuring shit out on my own and being 10 that was a huge bonus, and I liked the look of the scenery. The whole place was a bit grotty and I dug that because I was a bit grotty too.

For the next hour and a half I was utterly transfixed by and swiftly falling in love with Chevy Chase. He was funny – at age 10 he was HILARIOUSLY FUNNY. At one point he introduced himself to a nurse as “Doctor Rosenpenis” and I literally shat myself laughing. He wore silly disguises, he told his boss to fuck off which I thought was AMAZING, he got laid by hot women (do you get laid BY or WITH?) which I probably found troubling and confusing like it was a huge waste of valuable playing time. But still he absolutely became my hero, he was supercool, he was a journalist, he was everything I wanted to be when I was a grown up.

Thusly it came to pass that I watched and watched that damn film over and over again for months and probably years until the words and images were tattooed on my memory. I knew the script backwards and could probably recite it now if I reached a transcendental state that would allow me access to the backwaters of my brain. In honesty, even then I knew the ending was a bit rubbish but it didn’t really matter, I just liked idolising my new hero, and at a time when my mind was forming and my personality developing, at a time when films probably still had an actual bearing on whoever it was I was trying to become, it was definitely the greatest movie ever made.

Although obviously it really isn’t.