The 10 Greatest Stand Up Comedians EVER (possibly)

Including the greatest ever… 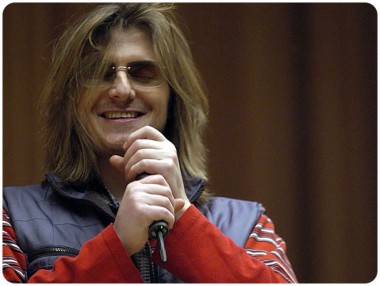 It’s now twenty years since Bill Hicks died which is a terrible shame because no one should ever die prematurely, it’s not fair. People often talk of his “importance” and his “genius” and I’m a massive lefty with a beard and thick rimmed glasses so he should be my comedy hero, but the truth is he was never really my bag – I can see why he was a big deal, and I hope he rests in peace and everything, but here’s a list of ten stand ups I’d much rather go and see on account of them being funnier. Sorry Bill, sorry everyone…

BE WARNED SOME OF THIS IS VERY FUCKING SWEARY AND RUDE

The greatest of them all, my love for Mitch Hedberg runs deep like an ocean and it can occasionally soar high like an eagle or a jet plane. He’s a bit silly, a bit weird, he’s super-hilarious and like Bill Hicks he also died way before he should have. You can blame taking lots of really dangerous drugs all at the same time for that.

Not bragging on anything but I saw this guy live at the Hammersmith Apollo a year or so ago and he was absolutely great. I was there with a few thousand other people with beards and glasses, and CK could have recited bible passages or told us all to fuck ourselves and we’d have still been rolling around in the aisles because it was him who said it. Our judgement of him may be getting skew-whiff but I don’t think it is. I’m pretty sure he’s hysterical.

My favourite comedian when I was a kid, Delirious and Raw were passed around the playground like they were crack and we were all tiny little crack heads. God that’s a horrible image. Whatever way, while all of the early 80s homophobia and sexism and racism was rib-tickling when I was 11, it can grate a bit in these here modern times when I’m being all like 37 and shit. But still, when he’s good he’s mind-bogglingly good.

I was there in row E or F when she phoned in her disastrous UK performance a few years ago and we were all looking around for old bits of cabbage to chuck at her, but it’s impossible to stay angry with such a magnificent comedian. Notice that I didn’t write “comedienne” just then, that’s because this is a non-gender specific list and I didn’t want to draw attention to the fact that it’s going to be incredibly cock-heavy. Well done me for being so blind to gender or race or sexuality. I’m amazing.

This guy isn’t as famous as some of the others and he probably never will be, but I’ve been to gazillions of stand up gigs over the years, ranging from the big ones in absurd venues where comedy doesn’t really work to tiny little ones where there’s basically you and a really disappointed comedian but he’s still doing his act anyway, and no one has ever made me lose my shit quite like the time I saw this Canadian double dude in a medium sized venue somewhere in Soho.

This American lady probably got a degree in comedy from the University of Being Absolutely Hilarious, which is a place I just made up as a means to explain for the umpteenth time that someone’s got good jokes and yes I’m aware that I called him a lady a minute ago. He also has a big beard and was in The Hangover which became gradually less entertaining with each sequel.

It’s a shame there aren’t more Brits on this list because we really love comedy, we have lots of funny people knocking around, it’s just that none of them, apart from Simon Amstell, are quite hilarious enough. I used to like Stewart Lee a lot back when I was all arch-eyebrowed and pretending to read The Onion, but now not so much. These days I think Amstell is the best we have and will only get better.

His material might have dated a fraction, but once in a while when my mind’s doing backstroke after a few beers I might put a Steve Martin LP on – yes I have some of his stand up on vinyl, I know this makes me a ginormous hipster, I’m not sorry, I’m embracing it – and I’ll laugh like a child in a zoo meeting a parrot for the very first time. A PARROT!

Stand up comedy is still thriving and brimming with brilliant and original comedians, some over here and some across The Pond too. Of the current crop of up-and-comers or possibly upped-and-camers, this hilarious jokester might just be my favourite, and please don’t let my description of him being a “hilarious jokster” put you off, it paints completely the wrong picture.

One Response to The 10 Greatest Stand Up Comedians EVER (possibly)