The 10 Greatest Doctors OF ALL TIME

Including the excellent human being… 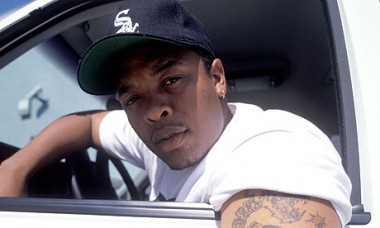 The other night I was out drinking beer with a couple of pals and one of them said something about doing a list of great doctors for Interestment. I was sozzled, I can’t remember the exact details that followed, except that I then woke up and still thought it was a marvelous idea despite having a sore addled mind and some salt and vinegar crisps pressed onto my face. Hence this short but on-the-money list… 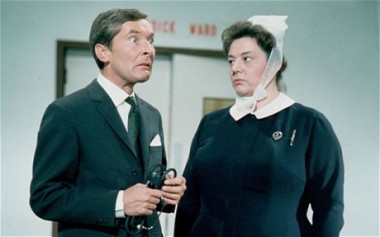 When I was a kid back in the mid-1970s we’d all sit around in beige and orange caravans drinking Bovril and laughing hysterically at the rude bits in Carry On films. Most of these involved Babs Windsor accidentally showing her knockers to Sid James who’d go “fucking hell look at the size of those bangers, they’re huge” while Terry from Terry and June waddled innocently past holding a massive tray of hot dogs. TROMBONE NOISE! I have no idea where any of this is going except to say that Kenneth Williams in Carry On Doctor is absolutely genius. 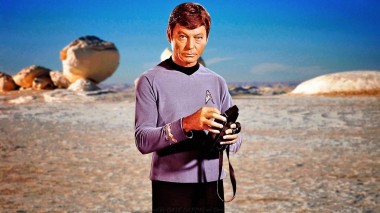 In the small window between its worldwide release and the first wave of office turnips in fancy dress frock coats shouting FAR OUT GROOVY BABY LET’S SHAG, Austin Powers was temporarily my favourite movie of all time, and that was solely down to the scene where Dr Evil laughs and laughs and then stops laughing and then sighs and chuckles a bit and then looks sheepish. 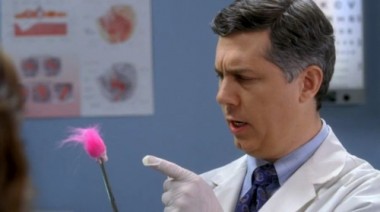 There are lots of great sitcom doctors – none of whom I’m going to name here – but this 30 Rock semi-regular makes the list for a tidal wave of reasons, but mainly for saying: “Now this is surgery so don’t eat anything before you come in. Because I’ll have a big breakfast waiting for you.”

This old fashioned pub rock band nudged other great musical medics like Dr Octagon, Dr John and Dr Hook off the list. They had it all – fun songs, a cool name that was hippy street slang for drug dealers, they also had Wilko Johnson parading up and down with his eyes bulging from his head like table tennis balls being squeezed through a hosepipe.

Ghostbusters is many things to many people. To some it’s probably a political allegory about not letting go of the past, to others it’s a wild romp around New York City catching ghosts, some idiots might think it’s a documentary. But to me it’s a detailed and insightful meditation on how to expertly chat up Sigourney Weaver using sarcasm. It’s also Bill Murray’s best film including the one where he goes on holiday and meets Scarlett Johanssssssssson and then nothing happens.

Dre got a degree in being tough from the University of Fuck You and he has GCSEs in science, maths and badassology, but thankfully when he’s not holding his t-shirt up to reveal a gun sticking out of his underpants he can be found crafting amazing beats for his friends to sing poetry over. NWA, Snoop Doggy Doggy Dogggy Dogg Dog, 2Pac, 4Pack, 6Pack, 4Skins, Eminem, M&M, 50 Cent, Three Bucks and his original band The World Class Wreckin’ Cru. Sometimes I wish that every day was a Dre day, and then on other days I’m glad that every day isn’t one because I’d be tired from jumping up and down firing finger pistols at the ceiling. 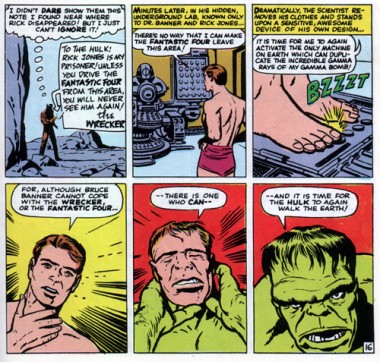 Some call him David, but Dr Banner will always be Bruce to me. For those who didn’t spend their childhood face down in comics to look sexy in front of girls, Bruce Banner was the over-sensitive physicist who turned into the Hulk whenever he got stressed out. He’d then leap all over the place thumping people in the face or rabbit punching their balls. 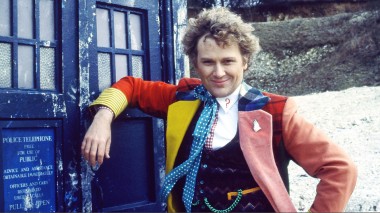 People have been known to come to blows arguing about who the best Doctor was, with the moustached animal jumper wearing double dudes going for Matt Smith while the super nerds keep shouting TOM BAKER over and over again until everyone shuts up. But let me hit you with some science: the greatest ever Doctor was Colin Baker. Or Patrick Troutface. Or it might have been Wurzel Gummidge or All Creatures Great and Small. You know what, who cares? We’re all winners. 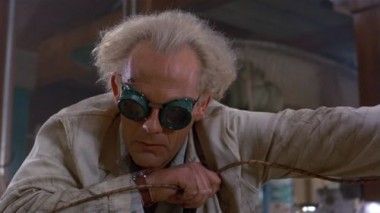 What little boy in the 1980s didn’t want a crazy-haired elderly mad man as a best friend? He’s hilarious, he’s eccentric, he’s single, he’s got a garage with a lock on it, he’s invited you on holiday…