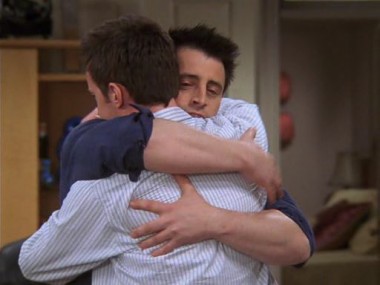 Ever since the beginning of time (by which I obviously mean since the 1990s) the modern man has been painted in two distinct ways, either as the suave untouchable loner represented by Bond James Bond and Steve McQueen featured in slimy papered fashion bibles like GQ and Esquire. And then as one of the lads, invited by mags like FHM and Loaded to revel in being unheroic and not very good with girls. You might have noticed that the most notable thing about both of these stereotypes is that neither of them actually exist, they’re both old fashioned notions that don’t fit with the world as it is now.

I spent a large portion of my professional life working on lads mags and I know how difficult it became to nail down the target demographic and their needs. When I started as a junior writer in the very very late 1990s (as in 1999) I wore twisted denim jeans and enjoyed very much having a crew cut just like the rest of the male and lesbian population of the time. I was also immersed in the booming lad culture, finding it a doddle to excite male minds – you just needed hot girls and features about pub snacks and they were away. But during my last stint at a gentleman’s monthly a couple of years ago it became clear to me that men have moved on from the mob mentality, Facebook and Twitter have made us more self-focused, and guys are just as likely to indulge in a spot of light introspection as their girlfriends who have been doing that shit for years.

Anyway, with all of this in mind I thought it high time to put this latest metrosexual, thoughtful and sensitive incarnation of man under a big fuck off microscope to study him, get inside his mind, ape his way of being and communicating, and then on the back of that I’d then cobble together some bullshit about how to have decent relationships with other men. So after half-heartedly prodding people and getting their opinions I’ve drawn up the five rules to follow to get the most out of your man-friendships. Consider them a modern Ten Commandments only much less OTT.

1. Make quality time for one another
Time is a jet plane, and before you know it work, family life, the increasing brutality of hangovers and the inability to stay up beyond 11pm on a weeknight will act as cruel cock punches to your ability to socialise, so it’s time to steer relationships into new territory – namely the early afternoon or mid-morning time slots. These days I sometimes find myself enjoying an afternoon mooch and a trip to a coffee house with a pal. This would once have been unheard of but not only has it taken my close friendships into a different realm, it’s also made my periods much lighter. I’M KIDDING I’M KIDDING. This isn’t girly at all, it’s guyly. That’s right, I just coined a new word. Guyly.

2. Listen to each other and be kind
We’ve established that men now have a full range of human emotions including sadness and tearfulness, and nowadays we can even be celebrated for our sensitivity thanks to role models like the rampant feminist Ryan Gosling, so it’s time to box away all that bullshit banter about football and big tits and to delve into deeper, murkier and more exciting waters. My old pal Emma says that girls enjoy bonding over the giving and receiving of their innermost secrets and by discussing their greatest fears and insecurities. So let’s give that a go. I’ll start: sometimes when no one is around and I’m alone and watching The X Factor I’ll start crying actual tears on my face because someone sang well. Seriously.

3. Make an effort with your clothes
My beautiful wife Hannah tells me that even when they’re just meeting for a quick shot of coffee or a big hollowed-out pineapple full of Woo Woo, women will always go that extra mile and put a bit of effort into their outfit. “It’s important to look nice,” she tells me after yet another staggeringly long sex session at the top of a mountain overlooking the Taj Mahal, “and deep down I think we’re drawn to people if we think they dress well”. She’s absolutely right. Hence why I now douse myself in a sexy scent and wear all of my latest blouses and slacks when I see my buddies for a drink. I’m not going to lie, most of my friendships are currently mushrooming like they’re flowers in bloom in a stop-motion video used on a BBC nature documentary. God I’m amazing at imagery.

4. Hug each other and be generally more affectionate
Back in the olden days a male greeting involved stiff handshakes, grumbled hellos and impossible-to-detect micro-smiles when deep down they just wanted to jump up and down clapping and squealing with joy to see one another. It was a different time then – the war against Germany, numerous bicycles to pain-stakingly wheel up steep cobbled hills day-in-day-out. Then over time the world evolved, peace reigned, skyscrapers were erected like large metallic robot penises, and the standard male greeting morphed into strange concoctions of half-hugs or fist-bumps, some people would grab each other’s forearms like they were Roman generals returning from battle. But now it’s time to chuck all of this elaborate nonsense out of the window and celebrate your mates with a simple and enthusiastic cuddle hello. I’ve been doing this for ages and not only does it make me feel really horny, it’s made me a better conversationalist. I have no idea why that is.

5. Be kind to, and accepting of, the womenfolk/menfolk
This is definitely the most important rule, you could almost ignore the four that went before it and concentrate solely on this one. That’s how insanely important it is. It involves the total acceptance of their wives, husbands, girlfriends, boyfriends, mistresses, mattresses or matching-gender hetero life partners. You may have grown up indoctrinated by absurd frat boy philosophy like “mates before muff” or “bros before hos” or “cock before frock” (just made that one up!), but it’s time to stop acting like a dick.