Celebrity Big Brother 2014: How they fared

Well? It’s not going to suck itself… 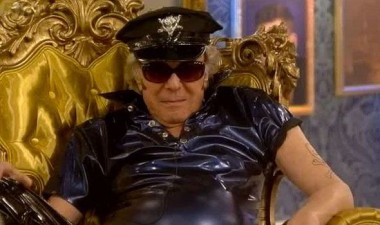 Celebrity Big Brother is coming to an end on Wednesday and anyone who’s seen it will tell you that it’s now up there with Breaking Bad and The Wire as the greatest TV show of the last three hundred years. It’s had it all – laughter, tears, Lionel Blair shouting SUCK MY DICK – and will presumably only be marred by the sight of Jim Davidson walking out to victory despite repeatedly belittling 50 per cent of the population for having gorgeous vaginas and their own opinions. Anyway let’s not dwell on that guy, here’s a list of the others and how they’ve fared…

Dappy from N-Dubzzzz – possibly insane, he’s spent the majority of his time in the house in deep conversation with people who aren’t there. On the plus side he’s the frontrunner for this year’s Bafta for Longest Penis in a Reality TV Show.

Evander from Boxing – bewildered throughout, when he was evicted he just slowly and silently walked off into the distance oblivious to what just happened or where he was going.

Lionel from Give Us A Clue – for years Lionel Blair has been associated with a gentle game of charades, but now he’s the nutter in spandex randomly shouting SUCK MY DICK at people.

Ollie from CHOWIE – vanilla. The walking encapsulation of going for a handshake when someone offered you a fist bump.

Sam from TOWIE – her star wattage has flickered and faltered away from the rolling fields and tit enlargement surgeries of Essex. Nice but really really boring.

Jasmine from America – the hot cheerleader who stole Lee from Blue away from his other girlfriend who’s basically Ducky in Pretty in Pink. Her entire life is just a long version of every single high school rom-com ever made.

Jim Davidson from Up the Elephant and Round the Castle – the most likely winner despite being the world’s least funny comedian. Full of hate.

Lee from Blue – normally the second shortest straw in a toilet cubicle sex lottery featuring all of the members of Blue, yet in the Big Brother House Lee somehow became prime real estate. Great tatts though (assuming you like tatts of spiritual goddesses and unicorns telling you to keep it real and just be yourself).

Linda Nolan – came unstuck after Jim located her Achilles Heel and kept prodding it relentlessly until she finally cracked. Won’t be back on bennies for a while.

The fallen Casey with the big boobies – un-jaded despite making her fortune from her whoppers, she’s been wrongfully labelled a bunny boiler when she’s been nothing but unbearably sweet and forgiving. One of the bigger winners.

Liz from The Daily Mail – weird and uncomfortable, but also the comic genius behind the third greatest moment in Celebrity Big Brother history (after SUCK MY DICK and SHALL I BE THE CAT?) when she pondered aloud whether she should just drown herself in the bath to get it all over and done with.

Luisa from The Apprentice – unflinching, sexually exuberant, talks in a baby voice, still lactating for some reason, good humoured and totally up herself – she’s everything a modern celebrity should be.