Here’s me doing a rant about celebrity gossip magazines

Okay stand back everyone, shit’s about to get real… 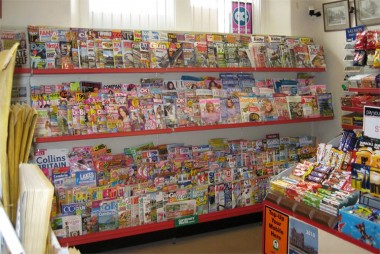 Back in around 2002 when I was working at more! magazine we were having a wild time, sales were healthy, and with a big head of steam we started running a regular piece called Ring of Truth, which was a flash of inspiration from a senior member of the team and I think it was the first of its kind – it served to mine paparazzi shots for celebrity imperfections and then highlight them on a throwaway spread with hilarious captions. It would sit perfectly alongside other great regular features of the time like Zoo’s Who, a spread of celebrities and their lookalikes from the animal kingdom, Bot Idol, which found us styling men’s arses to look like stars, and Marx and Spencer which featured pictures of Spencer from Big Brother 3 accompanied by Groucho Marx quotes in speech bubbles. Actually the last one never happened but not for want of trying on my part. Others genius ideas that never saw the light of day included my crucifixion scene featuring H from Steps entitled Jesus H Christ, and my informative and grown up guide to a specialist type of intercourse called Sex in the Shitty.

Anyway as far as I could tell Ring of Truth wasn’t intended to be particularly spiteful, more! magazine wasn’t like that, rather it was a means to normalize beautiful women who had been deified – we weren’t pointing and sneering telling them they were rough, rather we were breathing a collective sigh of relief because hot A-listers had stubbly armpits too or ever so slightly wonky boobs from a certain angle or J-Lo had a small pocket of cellulite on her otherwise magnificent bum just like the rest of the normal human race. These observations, catty though they may seem now, were intended to make these people less daunting. And believe you me it took ages to find quirks on such gorgeous specimens because these women were alien, far too stratospheric to be bothered by our little rag, and while it might have slightly jarred with the usual tone (hence the dramatic RING OF TRUTH! moniker) it seemed to go down well with everyone, and thankfully it didn’t obliterate the overall fun big sisterlyness of more!.

Now fast-forward a decade and it’s a whole different story, things have definitely gone wonky. more! has disappeared to the old knackers yard, magazines aren’t the force they once were for reasons of us all being far more taken with the internet and iPhones, and now the attention-grabbing Ring of Truth by any other name has grown from a small silly spread to become a differently-toned sniping staple of celebrity weeklies, swamping issues for page after page after page and often appearing on the front cover, as in the case of Now magazine’s recent opener which bade 2013 farewell and greeted 2014 with candid shots of wobbly stomachs and ribs jutting out of celebrities to the words FUCKING HELL, LOOK AT THESE UGLY COWS THEY’RE ABSOLUTELY GROSS BUT DON’T WORRY THEY’RE JUST LIKE YOU! (I may be paraphrasing slightly, but it was something like that).

It disturbed me for numerous reasons, ranging from it being fucking lazy of them to it seeming like a bit of a betrayal, with (mainly) women writing for women but tapping into their deepest insecurities at a time of year when everyone feels fat or out of shape. It reminded me that something that was once fun and throwaway had become cruel, calculated and deliberate. It also compelled me to write this muddled navel gazy diatribe that you appear to be reading (possibly by accident?).

Anyhoo, if you’d indulge me I shall numerise a short list of current beefs I have with the chattering press and their incarnation of the Ring of Truth…

1. There’s little or no humour to it any more, we used to get away with terrible things because we were funny and tongue-in-cheek and original and young and full of life and the readership could (hopefully) see that. But now it all feels so straight-faced, bitchy and mean. Of course the people working on these mags will probably delude themselves using a similar explanation to mine, saying they’re comforting insecure women who worry about their weight and how they look, telling them it’s okay to be fat or skinny because even some famous people are like that, but they’re lying. They’re very clearly displaying these pictures and making people feel ashamed of themselves. I can tell, and I’m normally extremely stupid when it comes to reading signals.

2. They’re not dealing with famous bullet-proof A-listers of extra-terrestrial beauty any more, they’re targeting reality stars, girls next door who are well aware of their status, their market value and their press. They’re zeroing in on their squidgy bits, prodding them and going EUCH! then sticking their tongues out in disgust. Worse still, when these poor celebs suddenly turn up with flat stomachs looking dead behind the eyes they’ve miraculously “turned their life around”, when actually they’ve probably done exactly the opposite of that.

3. I mentioned this earlier, but it’s very lazy, it’s like a nightmare come to life where features are dictated by PR people and paparazzi, and the cretins in suits who run these places and resemble every Apprentice contestant ever are in raptures because they’ve stumbled across an equation seriously close to making money from nothing.

4. It makes me feel a bit bad. I’ve worked at some of these places in the past and I know that they’re nearly always inhabited by bright intelligent features teams who could come up with great pieces full of insight and humour but they won’t often get the chance because a nasty landscape has evolved and I may have played a small part in that on a very tiny microscopic you-can-barely-even-see-it-at-all level. Or not.

Anyway enough of my moaning, listen up, I’ve got this great idea – it’s called Sex in the Shitty…