Including my first ever girlfriend (in a way)

For years a war has raged about which comic book publishing house is the best – DC with Superman and Batman, or Marvel with basically everyone else? Let’s make this one short: Marvel wins. And after decades of research I think I know who the best superheroes are too. Read on, sweet prince/princess/just a person… 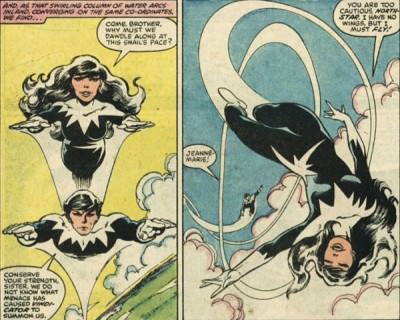 When I first met Aurora I was a seven year old boy with a weird did-it-myself hairstyle and she was a drawing of a French Canadian chick who obviously had boobs, and I noticed her boobs and there were boobs and I was confused by the boobs and she could fly. We fell in love immediately. 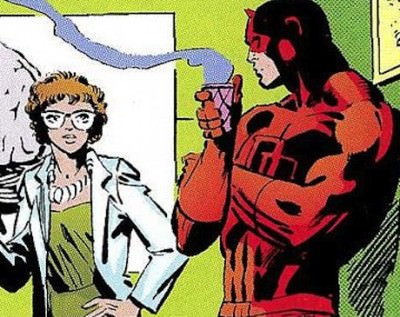 Each night before I went to sleep I’d look up at the massive poster of Daredevil on my wall and I’d do a superhero salute as if we were somehow brethren, equals even. Sadly I knew deep down that if I ever came face-to-face with the blind karate expert he’d probably playfully rabbit punch me and I’d die immediately.

Not a conventional superhero, Power Man would turn up to problematic situations wearing a casual yellow blouse unbuttoned to the waist, teamed with tight jeggings and a tiara to match his belt and his bangle. It’d be like being pounded into a bloody pulp by Prince. 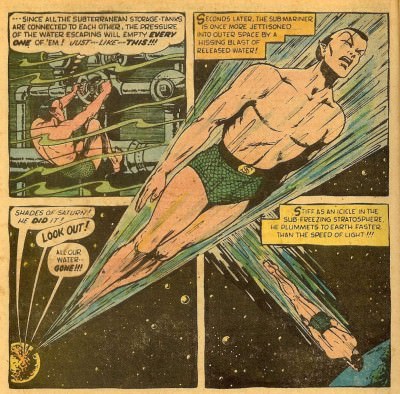 The story goes that an old sailor had unprotected sex with an underwater princess and nine months later the Sub-Mariner oozed gracefully from her vagina in an ocean hospital in the kingdom of Atlantis. His fish-skin underpants presumably made his genitals smell absolutely adorable. 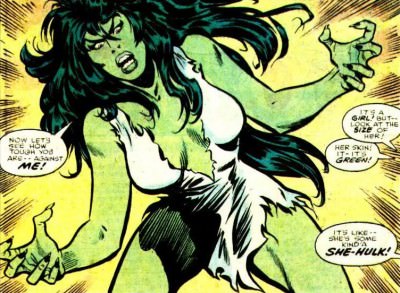 Everyone knows about guy-Hulk, who goes from nerdy doctor to angry fat monster at the whims of his hair-trigger temper. She-Hulk is essentially the same only she develops Jessica Rabbit curves and a husky Mariella Frostrup voice. 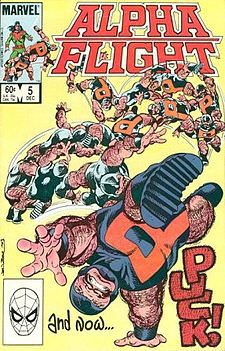 Puck was my favourite comic book character from 1984-1986 and I put that down to him being the same height as me at the time, clocking it at a sexy 3 ft 7 inches tall. His superpower was being really good at PE. Who wouldn’t want that? 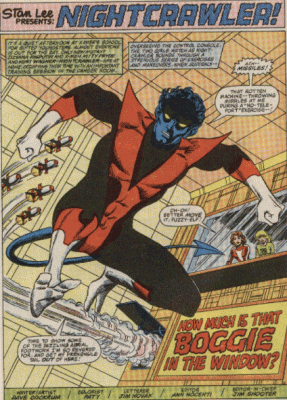 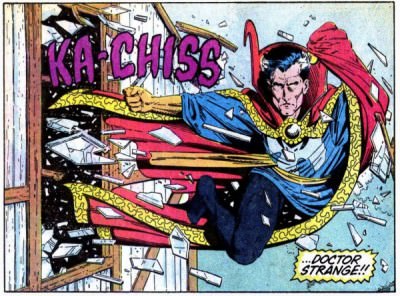 Like literally every kid in Great Britain during the 1980s I owned a Paul Daniel’s magic kit and would parade around with a white-tipped wand thinking I was a sorcerer. Doctor Strange was actually a sorcerer. KA-CHISS! 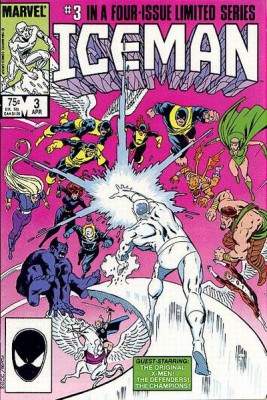 The best character on Spider-Man and his Amazing Friends, a former X-Man, I used to spend hours in my bedroom roaring with laughter at the thought of Iceman and Storm ever getting it on. Her creating thunder and lightening, him freezing things – they’d make hilarious weather conditions! I was a very lonely child. 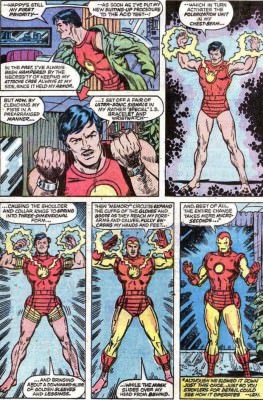 He’s based on the trillionaire lunatic Howard Hughes, he’s represented in film by the former wild child Robert Downey Jr. He likes to fight first and have enthusiastic just-killed-a-guy sex later.