Get EXCITED – the footie’s about to start (in a bit)! 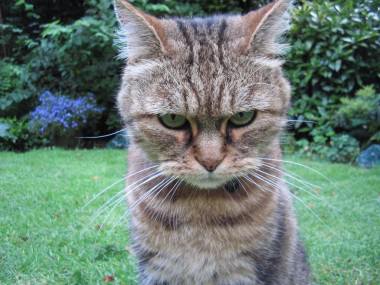 Hey dudes, Interestment family member Steve is here to whip you all up into a frenzy about the footie. LET’S DO THIS! Take it away Steve…

It’s here! Footie is back and, much like pregnancy, it is totally going to take over your for the next 9 months. There will be sweat, there will be tears, there will be vomiting and there will be times that you really don’t even want to engage in sensual intercourse with your loved one because you’re just too emotional. It is JUST like pregnancy. Except for all the drinking. And the baby. And the impending fear of being entirely responsible for welfare of another human being. OK, it’s not quite like pregnancy, but it is a proper big deal.

This summer has been all about change. Lots of change. Sir Alex is no longer the coach of Manchester United and has been replaced by what appears to be a rather angry tabby cat.  Manchester City have appointed some guy called Pellegrini, which is spanish for ‘…in his one year in charge of Real Madrid he guided them to their then highest points total in La Liga, only to be beaten by a brilliant Barcelona team’. It’s either that or ‘A Whale’s vagina’. I’m pretty sure it’s the latter.

But the big news is that at Chelsea, Jose Mourinho is back and already has got everyone a bit of tizz with gold like this:

My God he’s amazing. Does anyone else want to grab a can of Fanta and just go hang out in the park, maybe smoke some flavoured tobacco and watch the leaves blowing in the breeze?

At the other end of the table, everyone’s… sorry, nobody’s favourite exponent of verbal diarrhea, Ian Holloway, has only gone and got Crystal Palace promoted. He’s proper serious about it though, this stuff isn’t amusing, this is his LIFE:

“I’m just trying to talk in a way so people don’t think I’m funny any more, I’m fed up with that. I’m not a comedian, I’m a football manager”.

Hopefully this will be the last you hear of him this season. I will try my best.

So, who will win the league? Where will Rooney be playing come the end of the transfer window? Who would win in a fight between He-Man and She-Ra? I just don’t know. Absolutely none of these questions will be answered today, but there will be football on the TV.