That was a slightly overwhelming day… 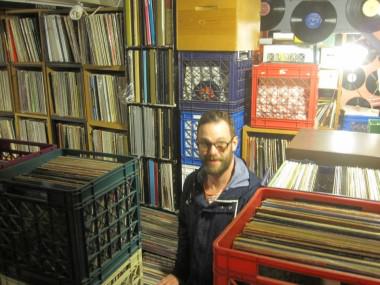 So bloody hell I’m attempting the impossible. After over 20 years of rabidly collecting soul and funk records I thought I’d have a stab at picking my all-time favourite songs. In many ways it’s a really stupid thing to do and I’m sure that in the days and weeks and months and years to come I’ll look back on this list and shout at myself for leaving things out and putting things in. My one rule being that each artist could only have one track maximum to prevent this being all James Brown or Marvin Gaye or Donald Byrd. Oh and it’s in no particular order. So for now, here’s part one, part two, three and four will be coming later in the week…

Uplifting soul/funk, this makes me dance even though I genuinely shouldn’t dance. Not ever. Under any circumstances.

I bought this recently for the vocal version and fell in love with the instrumental. This would suit one of those trendy-bendy roof parties they probably have in New York these days.

4. Cloe Martin, It Has Come to my Attention

A sexy song with a slow groove sung by a lady. Dim the lights, run a bath, do some weird shit that should never be talked about. Great fun, no harm done.

5. Dayton, The Sound of Music

The music of the future, this is what a groovy robot sounds like when it sings.

6. Hank Ballard, From the Love Side

A classic funk track from the James Brown stable, this will make you cluck like a chicken.

The sounds of a man adoring and admiring his woman, beautiful desperation has never sounded so syrupy.

8. The Beginning of the End, Funky Nassau

The track that really put Nassau on the map. Unfortunately everyone has since forgotten where it is. Nassau rock and Nassau roll, Nassau’s got a whole lot of soul apparently…

I had to go all the way to Dusty Grooves in Chicago to get this. I could probably have bought it online. What a tune though.

Choosing which James Brown track to go with was like Sophie’s Choice but in this case she’s got hundreds of kids to hand over to the Nazis. I decided to keep this relentless funk throwdown.

A smooth soul track with a nice hint of reggae. This makes me want to jerk a chicken and simultaneously make love to my woman. Apologies for the gross mental image.

The Isley Brothers did little wrong, but I had to include this Neil Young classic because it might be my favourite cover version of all time.

Probably the second most modern track in the 100, I love everything this intriguing and alluring woman does. This track is an odd fit in this list, but I love it and didn’t want to leave it out.

Before she morphed into a scowling LOVE ME DAMMIT little madam Madonna was just a girl in a pair of shredded fishnets churning out some pretty serious dancefloor records. This, in my opinion, is her best ever.

I like to listen to this when I’m in the kitchen making a cup of tea or when I’m frying some nice juicy sausages for my breakfast on a Sunday. Really gets you going with a funky call and response.

16. Sylvester, I Need Somebody To Love Tonight

Guys (or gals) if you’re getting ready to go out and you just need some heavy synthesizers and a large transvestite on vocals singing about shagging, look no further.

17. Herman Kelly and Life, Dance To The Drummers Beat

Back during the First World War when I was a handsome DJ I once played this tune and watched agog as everyone flung themselves around like maniacs. Mister Hitler lost the war that day.

One of the greatest dancefloor tunes you’ll ever hear, if this doesn’t inspire you to do a mash potato or a funky onion or a tasty carrot there’s something seriously wrong with you.

19. Tom Brock, The Love we Share Is The Greatest Of The All

Having relationship problems? Put this on, mime the words to your lover, then enjoy the most mind blowingly filthy night of your life.

21. Sly and the Family Stone, Sing a Simple Song

I couldn’t not include a bit of Sly, and amongst the piles of great tunes this one is always my go-to.

This is a track from one of the first records I ever bought, and I love the thought of a 15-year-old me playing this as if I’m the most sophisticated man in the world.

23. Jimmy Williams, All of my Lovin

It’s impossible to listen to this track on your iPod or walkman without falling into a strut and shooting finger pistols at hot girls.

I adore pretty much everything Bill Withers has ever done, but this is my favourite song by him. Hence why it’s here.