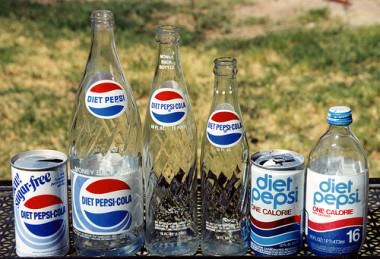 I received these words yesterday in response to something hilarious I’d said on Twitter: “I’d read the shit out of a list of your ten favourite summer drinks, by the way”. This got me thinking. At first I was certain I’d already done that list, it sounded exactly like the kind of list I’d do, but then I realised something disturbing and shocking that ached me to the very core of my soul. I hadn’t done that list. I HADN’T DONE THAT LIST. I needed to do that list immediately, and now I have done that list. Feel free to add your own suggestions in the comments section…

Orangina
This is my number one because when you refrigerate it it goes lovely and cold and the slogan correctly points out that if you shake the bottle you will wake the drink. This awakening is just the beginning of a fast-moving ripple effect that ends with you wiping your lips, hugging whichever people are nearest to you and crying incoherently because you’ve literally never been this happy. Legend has it that it’s named after oranges and vaginas.

Weak Lager
Go into any pub in any corner of the world, order yourself a pint of lager and all the girls within earshot will slip off their chairs and a sudden rush of sex pheromones will fill the air. That’s because it’s a drink that’s drunk only by tough guys, hunks, dudes, double dudes, and very occasionally by triple dudes. Word of warning though – go for the weak option (like a Fosters or a Carlsberg or an Amstel at a push) because it’s sunny as fuck so you’re going to be drinking this in bulk. You don’t want to wake up with your face covered in sick and lipstick scrawlings of SLUT all over your naked body in your own handwriting.

Amaretto Sour
Chances are that some people reading this will be all like “fucking hell man I hate those first two drinks, where are the cocktails?” or “I haven’t got time for this bullshit, does this dick even know anything about sophisticated drinking I hate him so much he’s so stupid he doesn’t know anything about anything…” To which I say ENOUGH! Enough. What about Amaretto Sour? That’s a cocktail… AND it tastes like really nice… AND Don Draper probably drinks it for breakfast when he’s on holiday with one of his whores… AND you should have one.

Tea
If you can ever bring yourself to talk to them, scientists will first thank you for talking to them, and then they will rabbit on endlessly about how hilarious it is that hot drinks keep you cooler than cold drinks. It’s their only really good chat up line. They’ve got a point though, hence why I’m getting tea involved. Not coffee. Tea.

Sparkling Water
Ever since I invested some money in a Sodastream a couple of years back I’m not sure I’ve had unfizzy water. What’s it like? Is it as stagnant and boring as my brain now imagines it to be? There was a time when my dream was to take sodastreaming to the next level by bathing in hot fizzy water, drinking sparkling milk with my tea, having only fizzy water in all of my plumbing. And then I thought about flushing the loo – watching in horror as everything foamed and bubbled and spilled shit and piss and tiny fragments of puke all over the bathroom floor. It would be a nightmare, A NIGHTMARE! Like something in a really excellent metaphor about things that are good turning bad, I chose to put that dream to bed that day. I have no idea where I’m going with this except to say that sparkling water is still really lovely.

Diet Pepsi
Not bragging or anything but I can tell Coke from Pepsi and Diet Pepsi from Pepsi and probably Diet Coke from Coke and Diet Pepsi from Panda Pops, because having spent years gorging on all kinds of colas I know exactly which one tastes like what, and also which one is the best. It’s Diet Pepsi. DIET. PEPSI. Not that I drink it these days, of course, because now I’m all married and grown up my taut rippling body is 100 per cent caffeine free so I actually tend to go for the Caffeine Free Diet Coke which is more widely available than the Pepsi version. But if I hadn’t morphed into a massive pussy I’d have Diet Pepsi. Fucking hell I’m exciting.

Pink Wine
I was initially going to put rose (pronounced roze-ay) wine here, but then I realised that I don’t have the necessary computer skills to conjure an acute French accent for the “e”, so instead I decided to say Pink Wine like a baby. You know what I mean though. The one that’s not quite white and definitely not red and looks out of place on most people, especially men. Yep, I love that stuff. I once caught my reflection drinking it with ice and decided to immediately grow a beard shout something violent about football and snog some girls with unbelievably big tits.

A really cold chocolate milkshake
Nothing is worse than a warm milkshake, which is known in some circles “cold hot chocolate”. But at the right temperature and preferably fashioned from actual ice cream you can’t go wrong with this. Another option is to hit your local McDonalds and get a strawberry one which goes surprisingly well with handfuls of french fries. I made that discovery quite a few years ago and yet I’ve never even thought to make a bowl of strawberry ice cream and oven chips at home. I literally have no idea why that is. Yes I said literally. LITERALLY. Does anyone else say literally a bit too much?

Slush Puppies
If you need something unbelievably cold, this is your guy. It’s made of pure ice and I once drank it so fast that my body started to go into shock and one of my eyeballs burst out of its socket. The lesson here is to drink it slowly like it’s a glass of champagne or a thimble of very very strong Irish or Jamaican whiskey.

One Response to 10 Best Summer Drinks