3 Things you MUST DO in New York

Great friend of the site Steve has been to New Yoik! 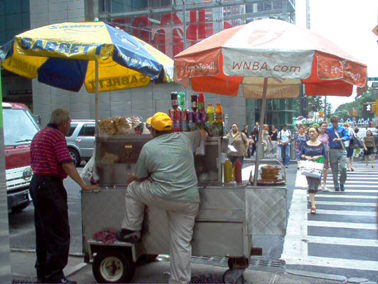 I recently took the decision to quit my job and book a trip my first trip to New York with no real plan for what I might do when I get there. In terms of insider knowledge, Elf had told me where to get the World’s Best Cup of Coffee, but other than that I knew nothing more than the usual tourist traps, and I had no intention of dragging myself around all of those. I just wanted to be in the Big Apple, visit a few cool places, grow a beard and see where my British accent took me. Thankfully it is 2013 and we have this thing called The Internet – a quick Facebook update later and within minutes I was inundated with suggestions (mainly of places to eat) for this big old city. So after my week in New York, here are my top three tips of things to do. 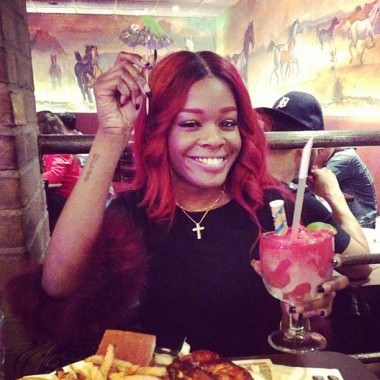 New York is packed to the rafters with great places to eat and I did my best to shovel as many delicious treats into my mouth as humanly possible. The breakfasts at the Grey Dog are magnificent, the hot Pastrami sandwiches at Carnegie Deli frankly ridiculous and the burgers at Five Napkins were as juicy as they were enormous. Bagelsmiths on Bedford Avenue also served me incredibly well with early morning and late night bagels.

That said, it is really all about the BBQ in America and after building up an appetite in the incredibly long queue for Fette Sau, a traditional BBQ joint in Williamsburg, the masses of food on offer will not disappoint. Huge trays of brisket, pulled pork and ribs as well as the outstanding burnt end beans will greet you on arrival and will be demolished surprisingly quickly.

Despite this, for the ludicrous deliciousness of it, you really must go to Dallas BBQ. The Texas sized frozen Margheritas come with a shot of tequila wedged in the top, as well as the option of a bottle of Corona or mini-Champers plunged in there. You’d be stupid not to. The beef ribs are huge (seriously they look like they could be from cows… oh, right) so just get in there, get eating and don’t worry that you’re covered in BBQ sauce, it’s totally acceptable as long as it’s not above the eyes. Oh and if you don’t believe me, Azealia Banks eats there too… look! 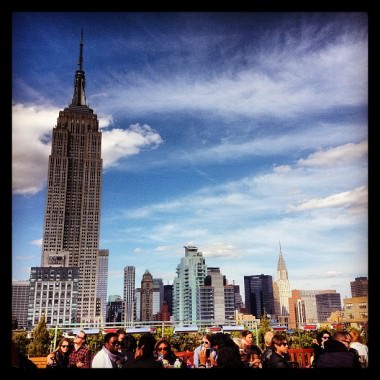 What are you going to do, Empire State or to the Top of the Rock? Everyone seemed to have a different opinion and the debate bugged me throughout the trip. Despite a drunken rant where I decided I wouldn’t go up either and they could shove their skyscrapers up their bollocks, I eventually dragged myself up the Empire State. Now it’s a good view and my pictures are very nice and all, but otherwise I found it a totally unemotional experience and I was just kind of bored. It also appears to be the only place in the city where you can’t get a beer or something to eat. Was I bored or hungry? Always difficult to tell.

So, my top tip No 2 is to get yourself to a rooftop bar. These places will take you by surprise, as you enter into what appears to be an office block, only to go up to the top floor and still be not even half as high as the surrounding buildings. All of a sudden, with a beer in your hand, the sun on your face and surrounded by happy looking people you start to appreciate the sheer scale of New York and its devastatingly tall buildings. So no, you’re not as high as you can possibly get, but you’re high enough for an amazing view, whichever way you look.

If you can’t find a rooftop bar (or even if you can) you should definitely also visit the High Line, a regeneration project down the West side of Manhattan, basically adding a footpath to an old freight railway line and surrounding it with arts installations and a whole host of plants. Some of the art is pretty mad, but then the most fun stuff always is, and the views of the city are brilliant. 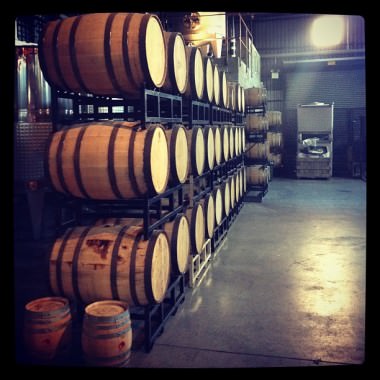 Williamsburg is currently so freaking trendy it makes Dalston look like Llandrindod Wells (that’s a real place, honest), but it totally deserves its reputation, it is full of hidden gems. The Shanty and New York Distilling Company is one of those. The first of its kind in NY, the Shanty Bar is a fully serviced bar attached to the NY Distilling Company and allows you to buy their gin and whiskey in a variety of cocktails or straight up, for ludicrously reasonable prices. They also sell a variety of craft beers from the surrounding breweries. Brooklyn Lager anyone?

Visit on a Sunday and before you embark on one of the free tours of the Distillery, get yourself a Beer and Shot, a pint sized can of Brooklyn and a shot of the house Pink Gin (generously poured to no specific measurement as far as we could tell) for a measly $8, or hit the impressive cocktail menu. As well as the amusing and interesting free tours and the chance to take your photo in front a big metal thing called CARL, there is also a great house band called the National Reserve whose harmonies will keep you rooted to your seat and ordering more drinks. Oh and the nibbles here are great, especially the delicious maple bacon peanuts – get them in your mouth. I have yet to find a better way to spend a Sunday. Anywhere.