The 10 Best Vegetables in Order

Including this lovely treat 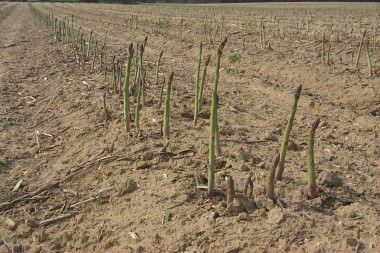 Okay, ground rules. Coming up is a list of vegetables, but not on that list are onions, herbs, or chillies. I don’t consider those to be vegetables in the vegetable sense. Obviously they are totally vegetables and only an idiot would deny that, but as far as this list goes they’re being treated more like seasonings or garnishes. If you can get over that, please read on because there’s a list of veg coming up that reads like a  dream…

Potatoes
Fucking hell potatoes are cool. Peel them and slice them into strips, you’ve got chips, carve them into cubes, you’ve still got chips, leave the skin on, chips again, but with “skins on”. Bake those babies up, you’ve got yourself a baked potato. Boil them, boiled potatoes. Boil them and crush them, crushed potatoes. Make a salad from them, potato salad. Mash them, mashed potato. I’ve said it many times but I’ll say it again – if I was on a desert island and I could only take a thousand items along with me two of those would be “an unlimited supply of potatoes” and “a state of the art oven”. That tells you everything you need to know.

Asparagus
They might look like hilarious Ray Harryhausen sculptures of dinosaur fingers, but stop laughing immediately because these vegetables are as serious as a crow with a straight face. Food isn’t always a joke you know. Anyway have them hot, have them cold, scatter some freshly carved handfuls of hard Italian cheese on them, and this is the side order of the gods. The downside is that it makes your piss smell like your dick did a fart (or like your vag did a fart if you have a vag).

Fennel
I confess I didn’t have a clue what fennel was up until about a month ago. But then something amazing happened, I had some fennel – I was suspicious at first, who wouldn’t be? The paleness of it, the unfamiliarity. But thankfully like a girl in the street who’s just been given flowers out of the blue by a potential rapist I was won over immediately. I’m going to eat this every day until either I die or until all of the fennel in the world runs out.

Cabbage
When I was a kid my mum would present me with a bowl of cabbage and I’d chuck it at the wall and send her back to the kitchen in disgrace. This pantomime went on for nearly fifteen years until I finally buckled under her relentless high pitched pestering and tried the stuff. Now I can’t stop eating it. Ideally I like to enjoy it fried in a pan with some caraway seeds and placed next to a lump of meat from an animal’s arse or face.

Broccoli
In some countries broccoli is still used as microphones on cheap TV stations, but really the best way to enjoy it is to eat it. Boil it up, steam it, stride into Waitrose with a skull double the size of everyone else’s and demand to know where the purple sprouting stuff is – however you enjoy this, it’s delicious.

Tomatoes
Tomatoes are fruit blah blah blue, blue blah blah. Ner ner ner no they’re not. Stop trying to be clever. To be honest I should probably have put these nearer the top of the list.

Chick Peas
I like these because they are heavily responsible for hummus, and even though I can’t stand those unbearable office girls who say things like “OMG Hummus alert!” or “I’m 98 per cent hummus right now hon!”, I do still enjoy it in private. Particularly a brand they flog in Sainsos called Sabra.

Radishes
Seriously I could eat radishes like they’re crisps, just give me a bag of them and I’ll be on my way chomping them down stalks and all. They’re crunchy, they’re fun to look at because they’re pink, and best of all you don’t need to waste time cooking them. Foragers called things like Tobin or Elias have been known to eat these straight from the hedge.

Raw carrots
Try and serve me a cooked carrot and I will strike you down, but present me with a raw one, perhaps grated like they do in France, and you will find yourself with a friend for life. There’s a good chance we’ll even go on holiday together at some point.